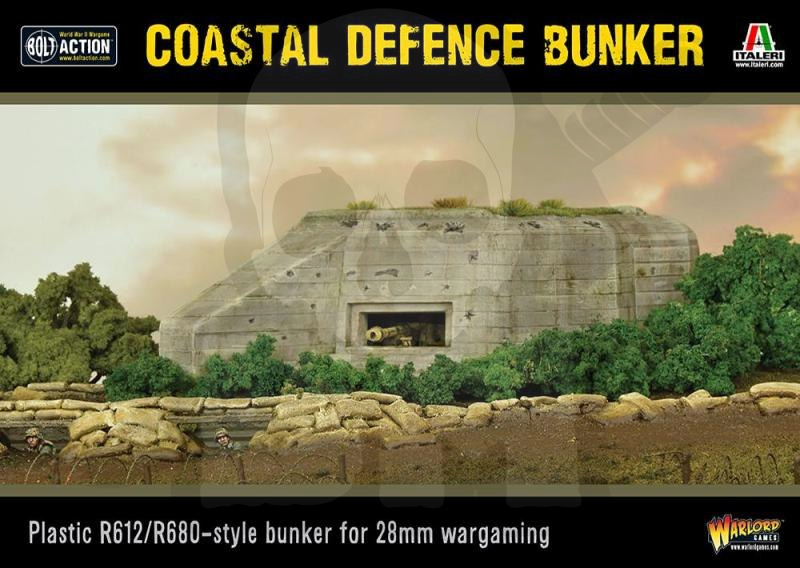 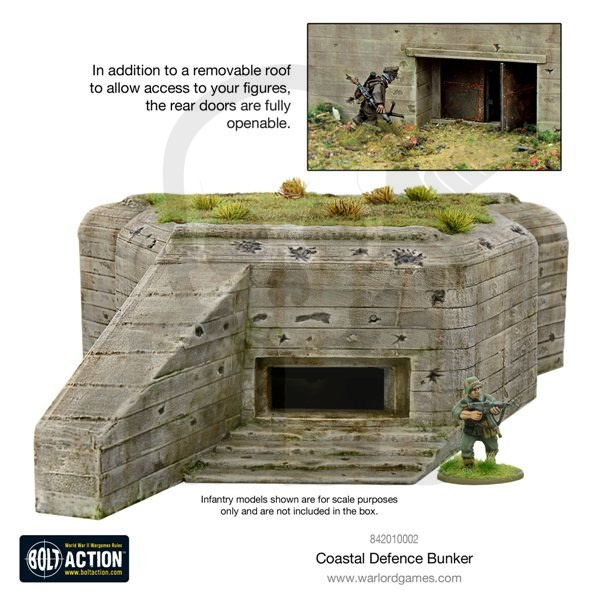 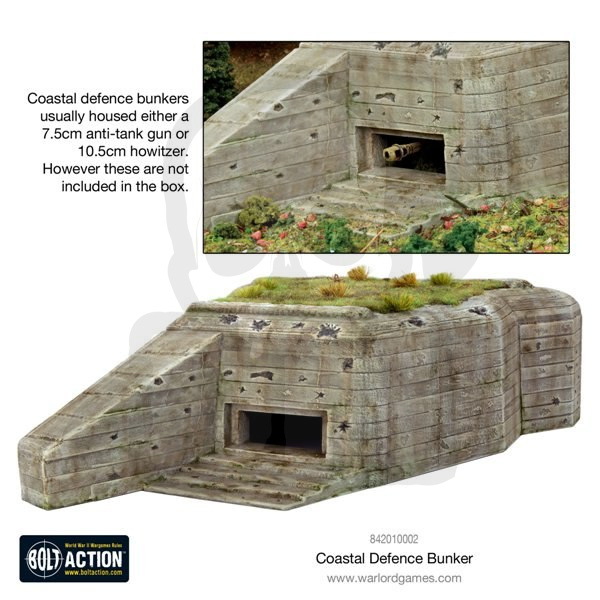 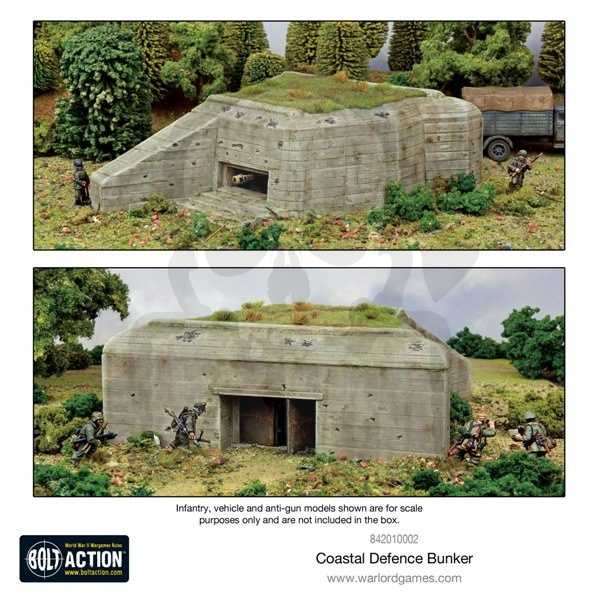 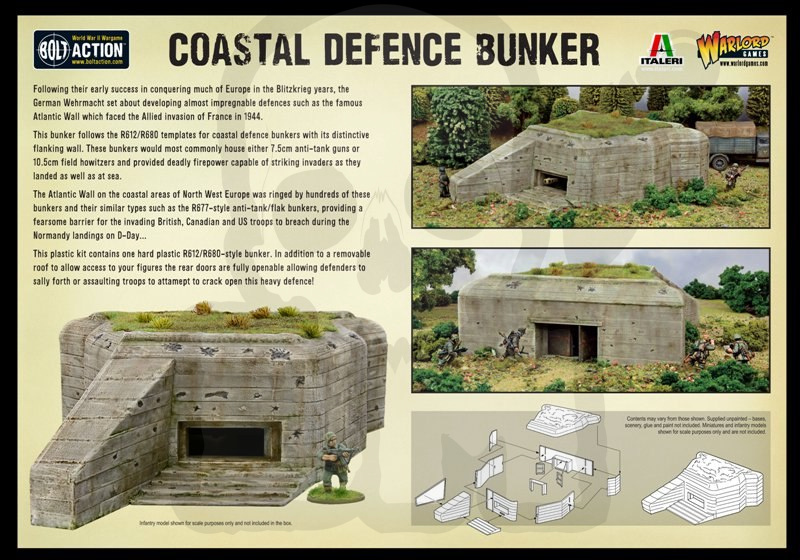 This Coastal Defence bunker follows the R612/R680 templates for coastal defence bunkers with its distinctive flanking wall. These bunkers would most commonly house either 7.5cm anti-tank guns or 10.5cm field howitzers and provided deadly firepower capable of striking invaders as they landed as well as at sea.

The Atlantic Wall on the coastal areas of North West Europe was ringed by hundreds of these bunkers and their similar types such as the R677-style anti-tank/flak bunkers, providing a fearsome barrier for the invading British, Canadian and US troops to breach during the Normandy landings on D-Day...

This plastic kit contains one hard plastic R612/R680-style bunker. In addition to a removable roof to allow access to your figures, the rear doors are fully openable allowing defenders to sally forth or assaulting troops to attempt to crack open this heavy defence!