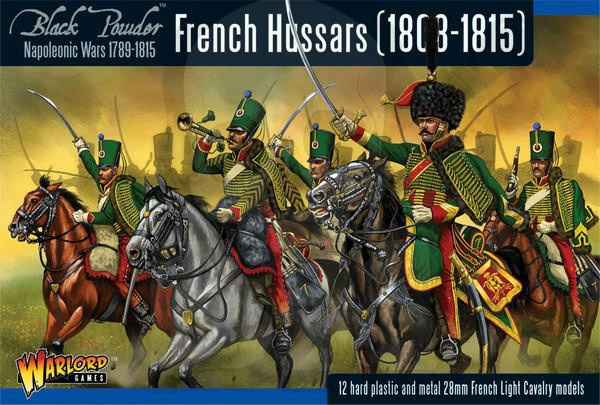 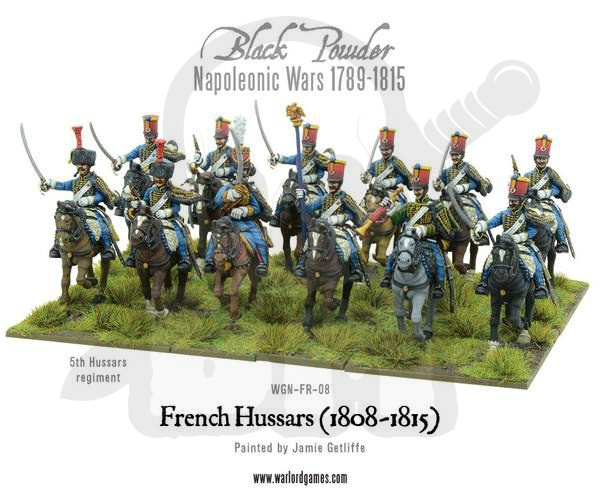 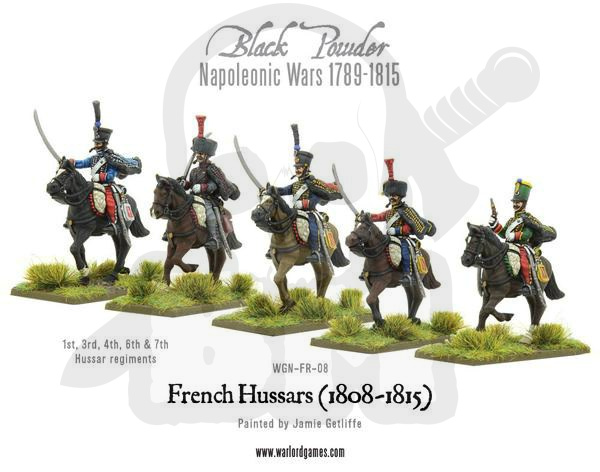 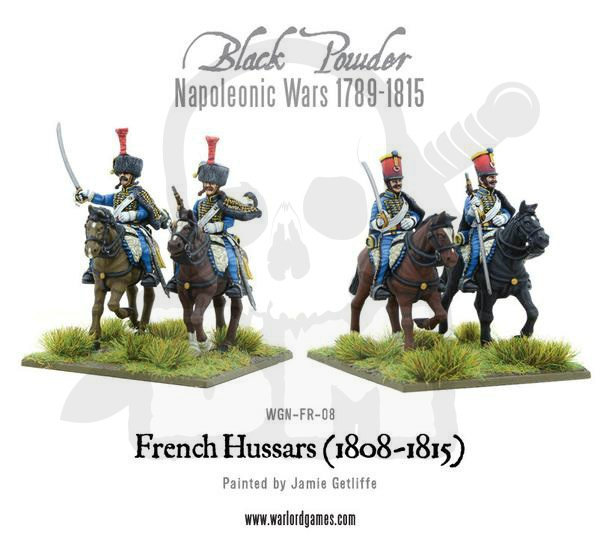 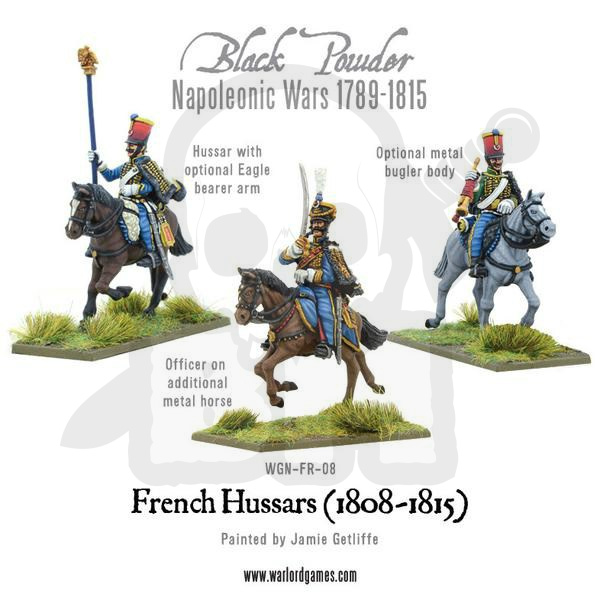 Napoleonic warfare saw bewildering varieties of exotic uniforms worn by the various armies that marched and fought in the early 19th century. There were none so exotic and magnificent as the Hussar regiments of the French army. These dashing light cavalry donned outfits originally inspired by Turkish, and later Hungarian, cavalry. Each of the fourteen regiments formed wore a differing uniform, with the result that a Hussar brigade made a most impressive sight.

Mounted on small but tough horses, they were used on campaign in scouting and raiding roles. Their élan and dash made up for their smaller mounts and lack of armour on the field of battle.

Principally armed with the curved light cavalry sabre they could also carry a carbine, or more commonly a pistol, into the fray.

A regiment was formed into four squadrons, each of two companies, and the first company in a regiment was usually the elite company, distinguished by their bearskin fur colpacks.

Although a standard unit size for French Hussars would be 12 in most games, this box allows you to make 13 mounted French Hussars, giving you the choice of fielding them with or without command models.