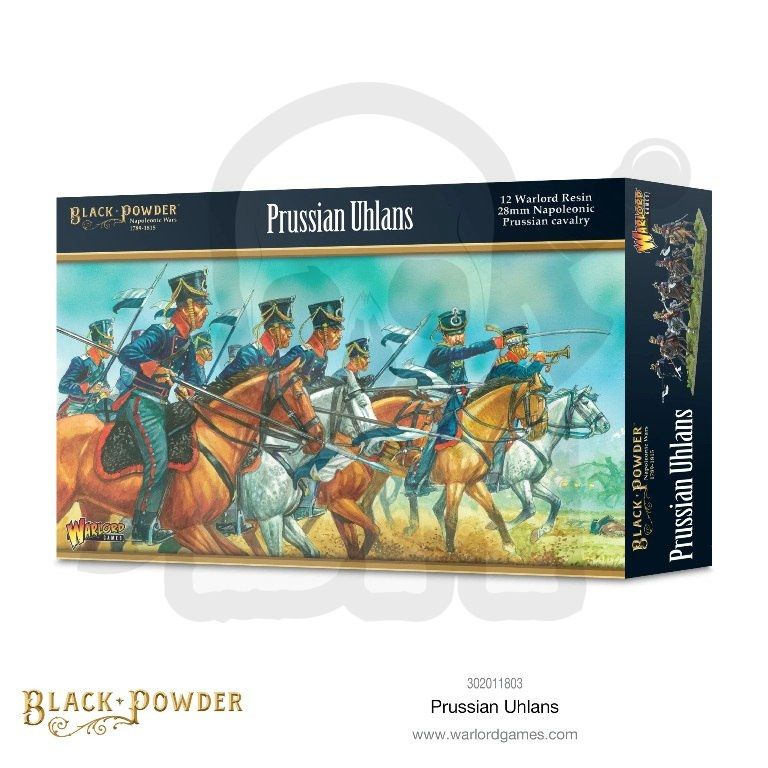 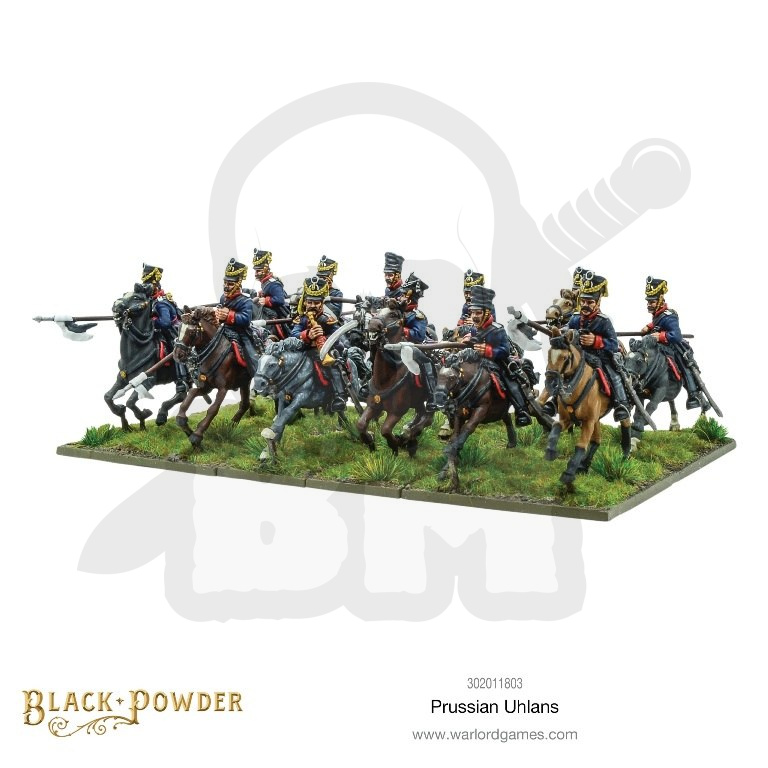 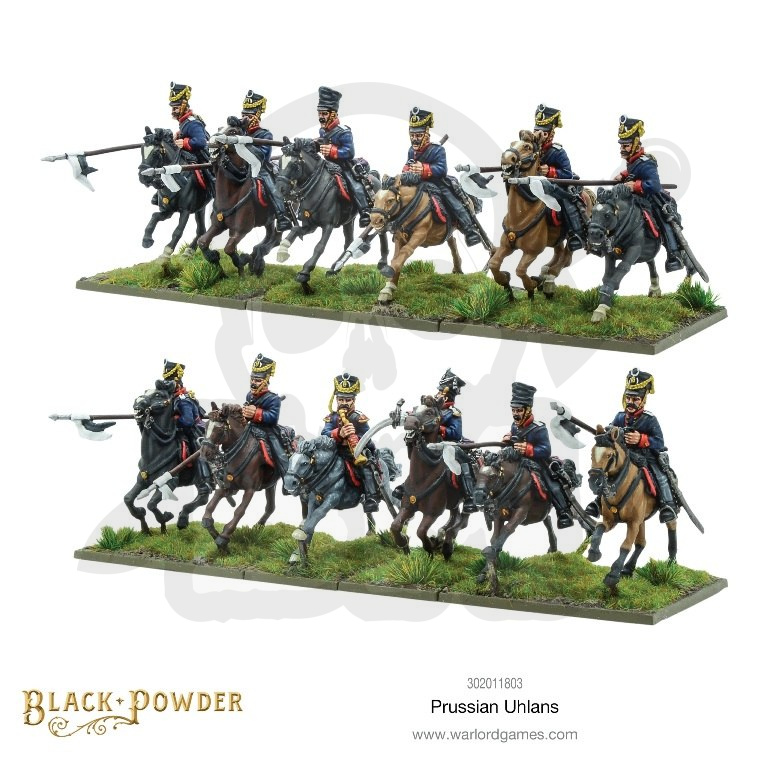 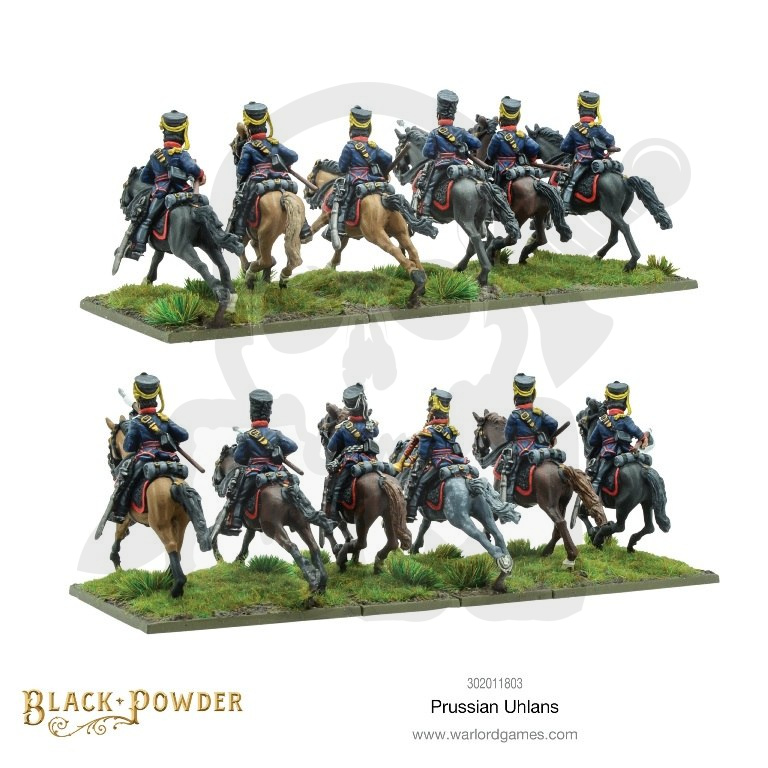 Prussia was renowned for its excellent infantry under Frederick the Great. Less well known is the efficacy of Prussian cavalry on the European battlefield in the 19th Century. Early in the Napoleonic wars, Bonaparte himself warned his generals of the excellent Prussian cavalry.

The well-trained and disciplined Prussian horse during the Hundred Days campaign formed regiments of cuirassiers, dragoons, hussars and lancers on the whole with the lighter cavalry intended for raiding and skirmishing, but in reality took their place in the main battle lines during set piece battles.

The Uhlans, or lancers, of the Prussian army fulfilled the role of both skirmishing light cavalry and line shock troops alongside the dragoon and cuirassier units. Equipped with a lethal 9-foot lance, they were an imposing sight. It was the Uhlans who saved Marshall Blücher when unhorsed at Ligny.

Late war Uhlans principally wore simple dark blue uniforms and practical equipment. By the Battle of Waterloo in 1815, all units had their lance pennants with black and white swallow tail pattern.