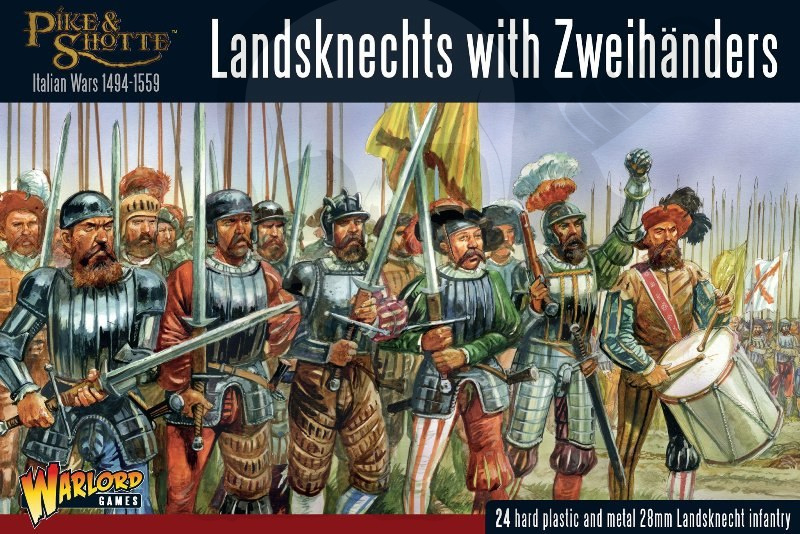 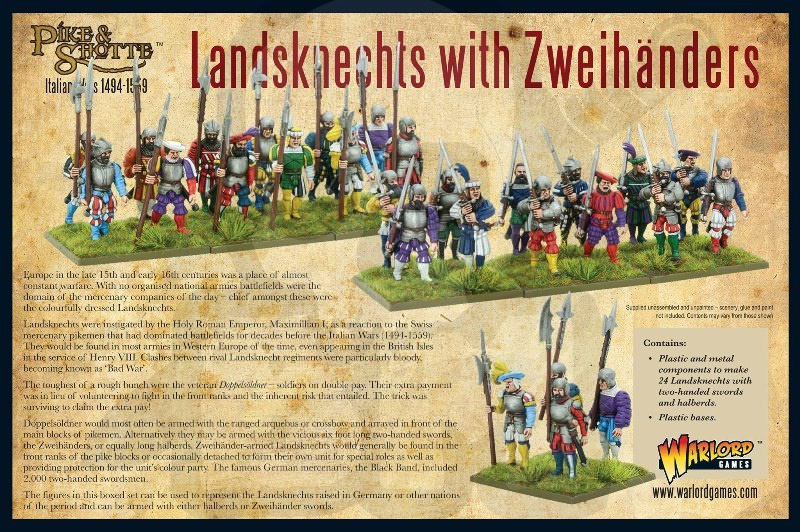 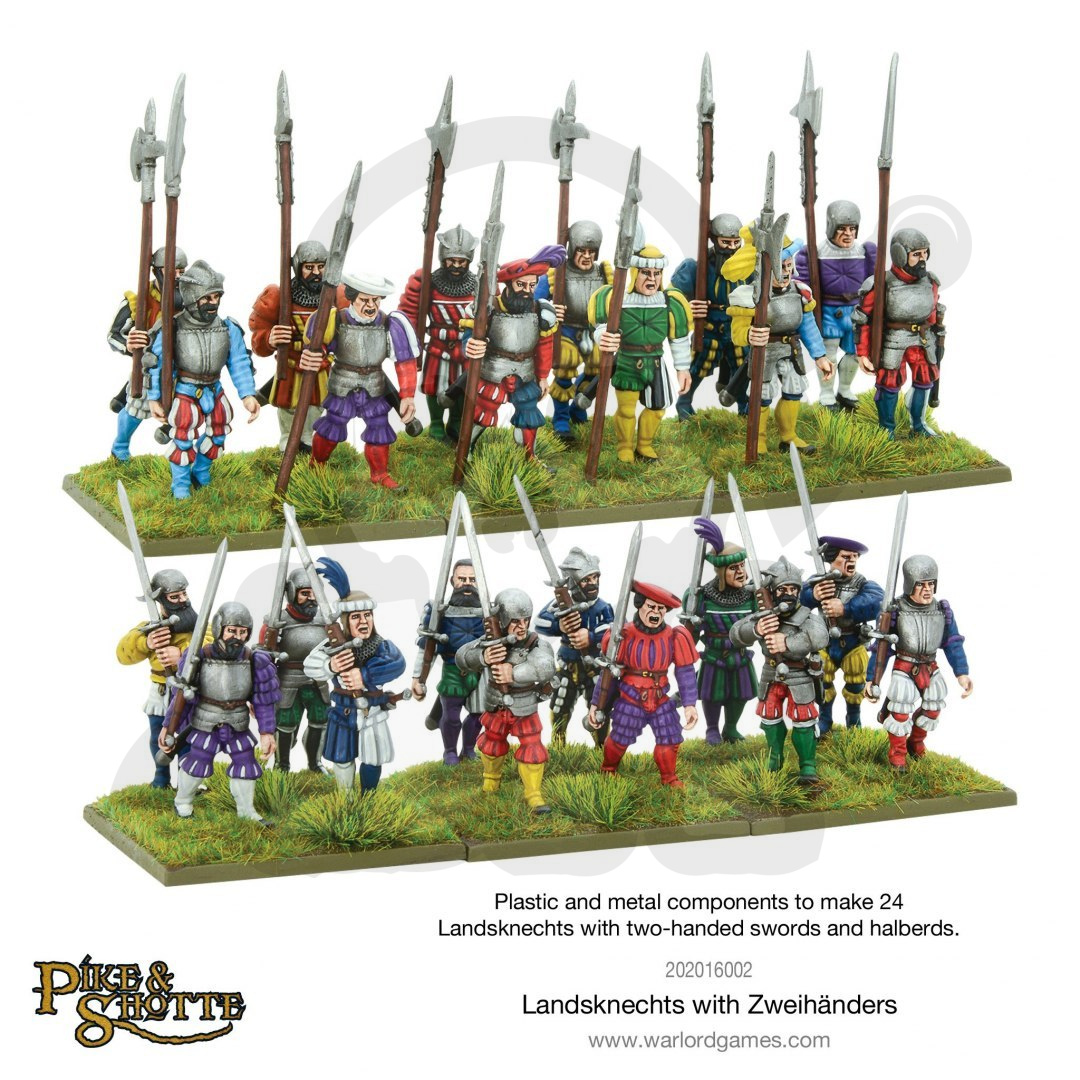 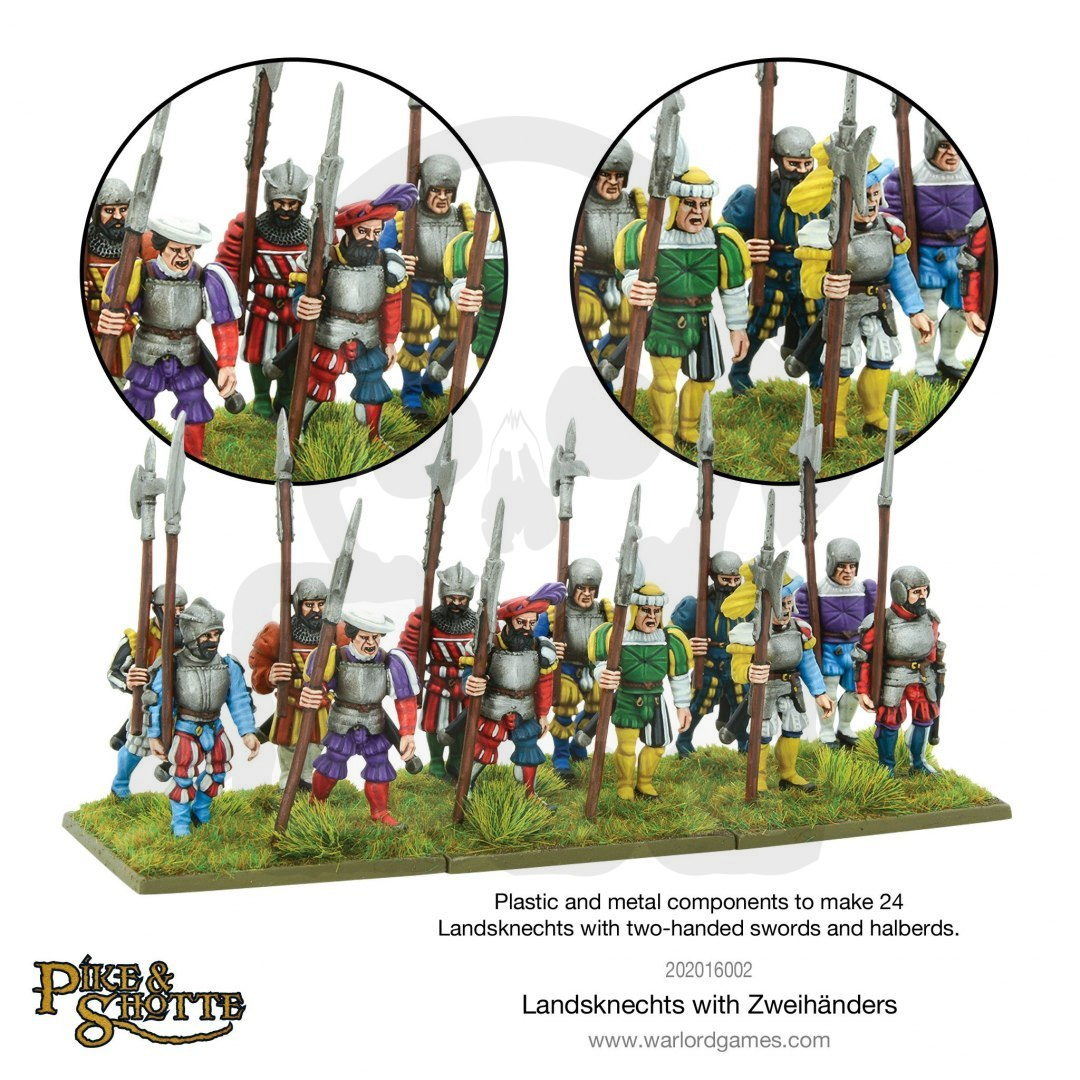 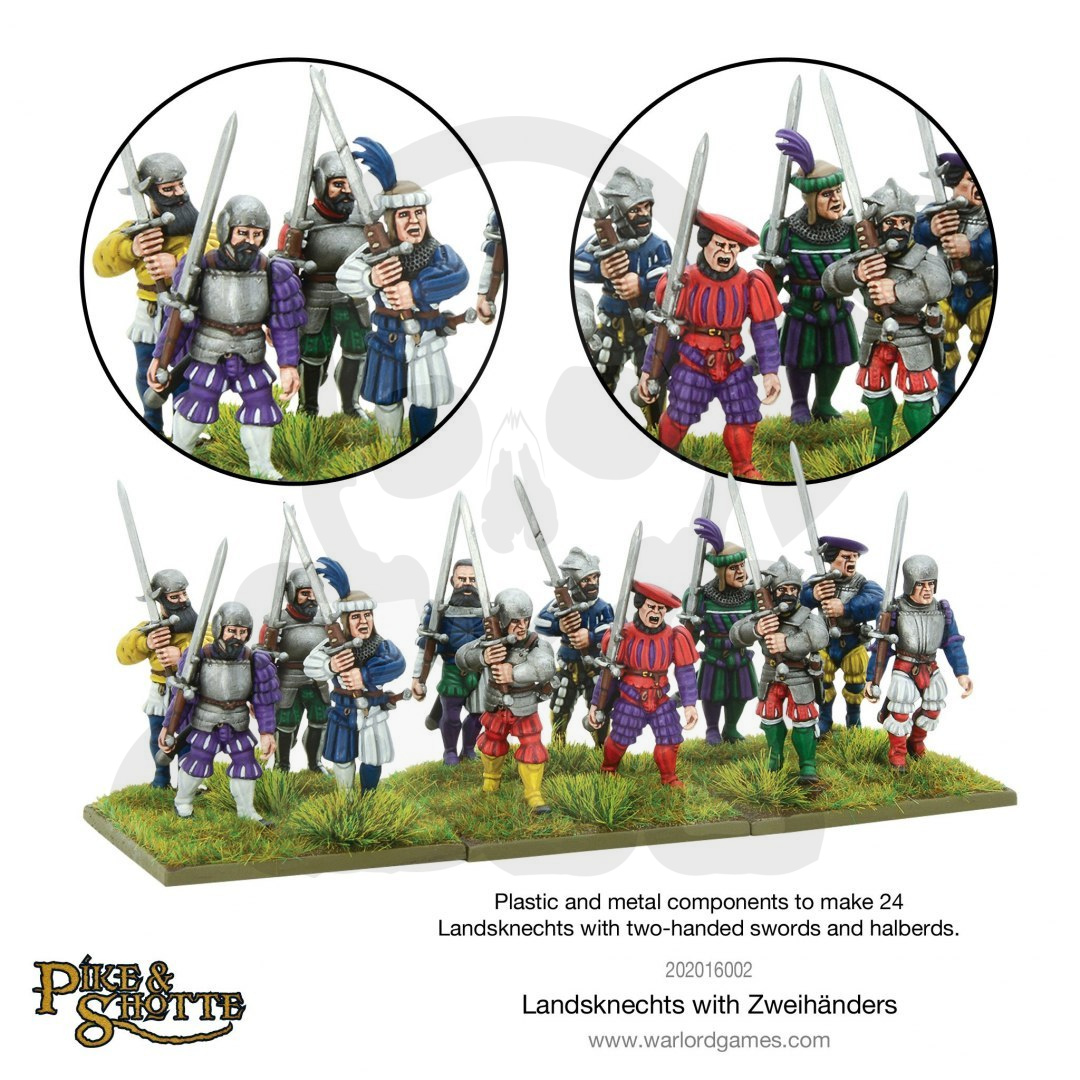 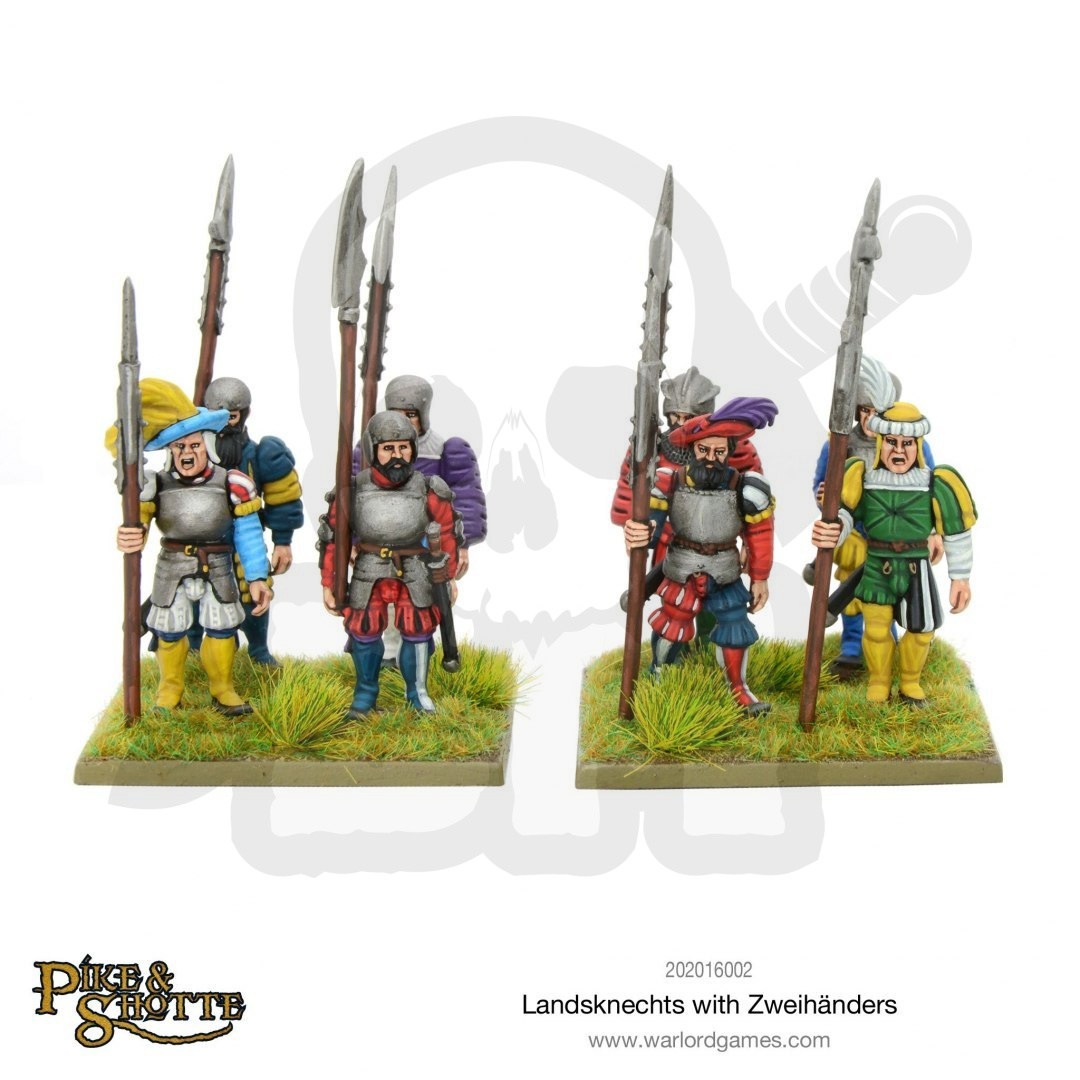 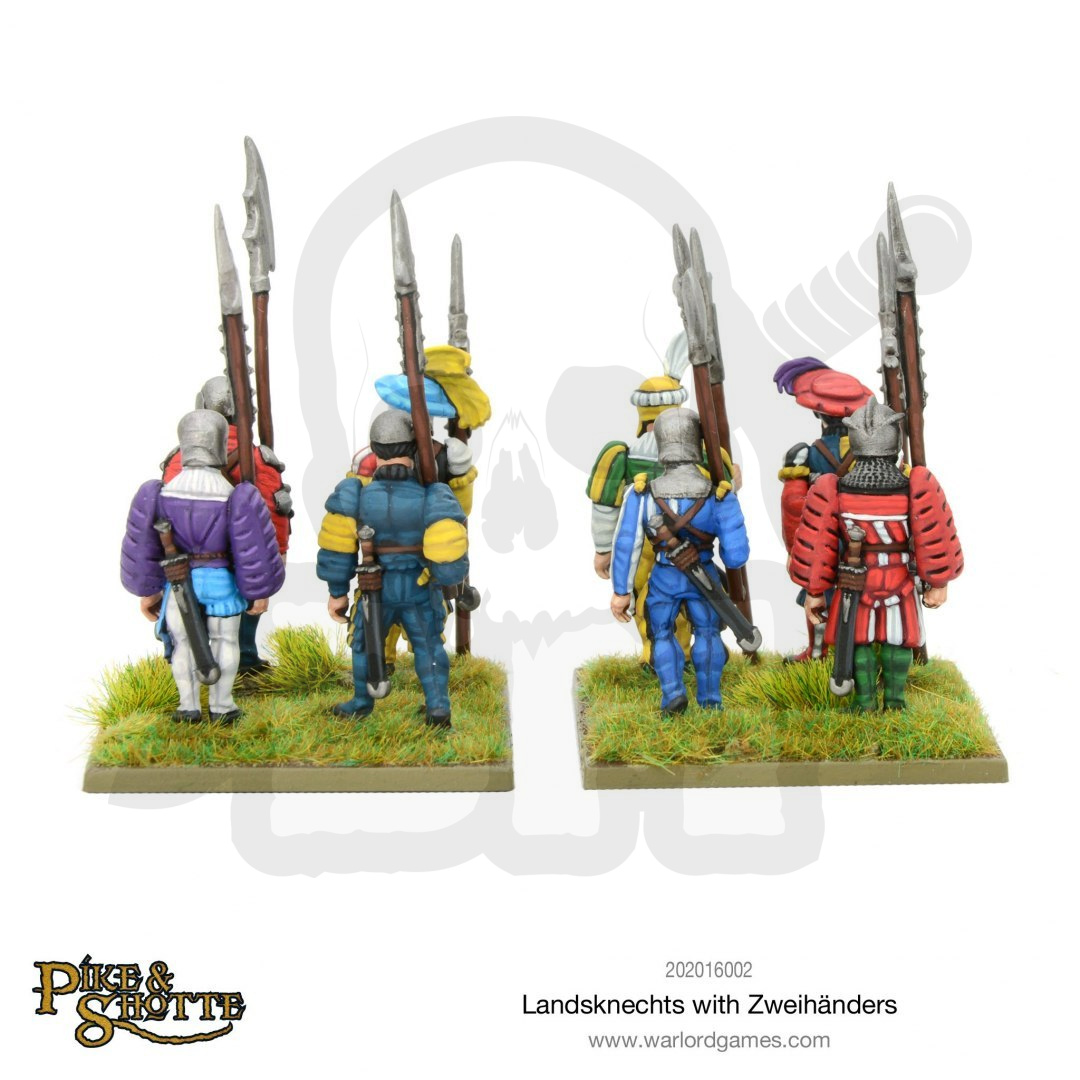 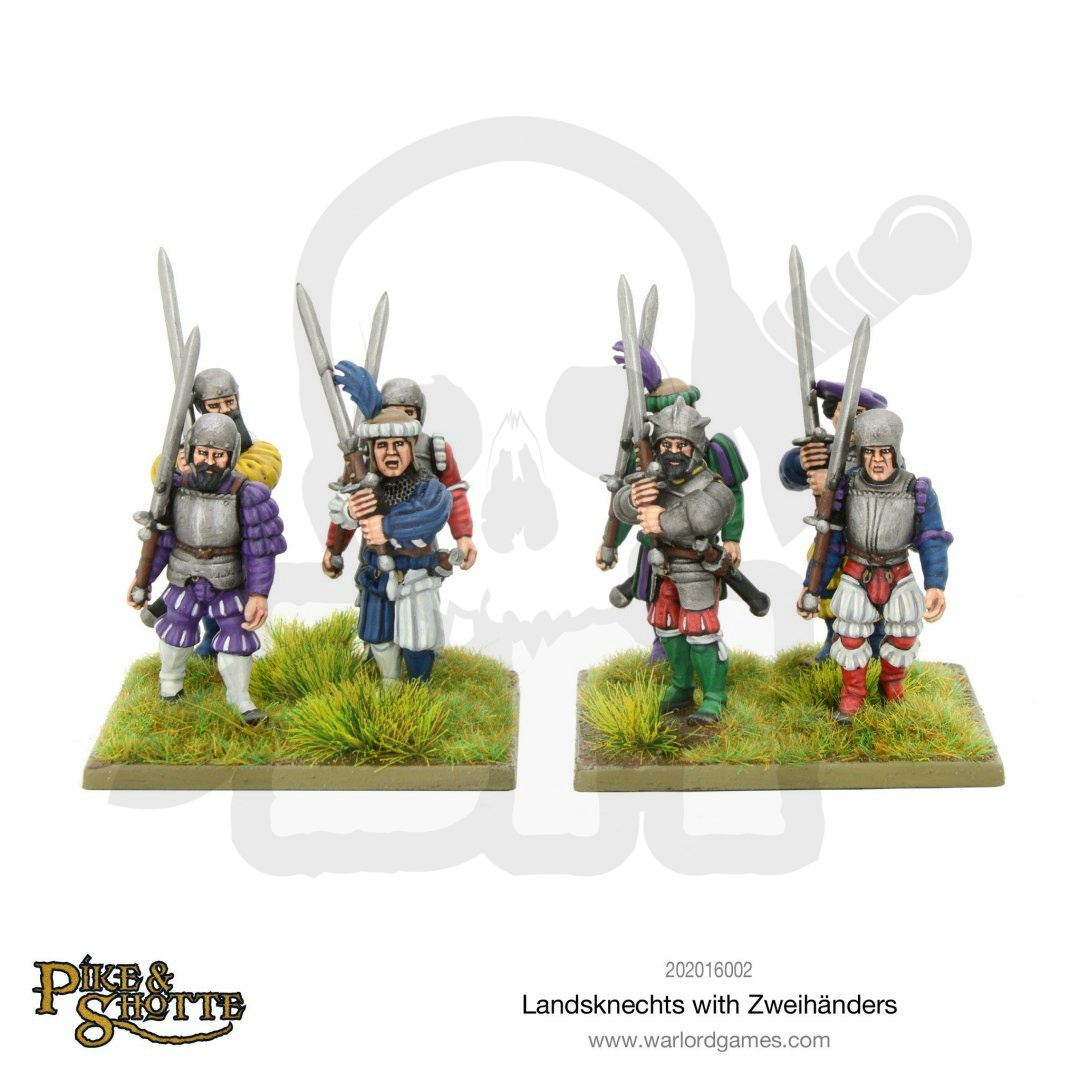 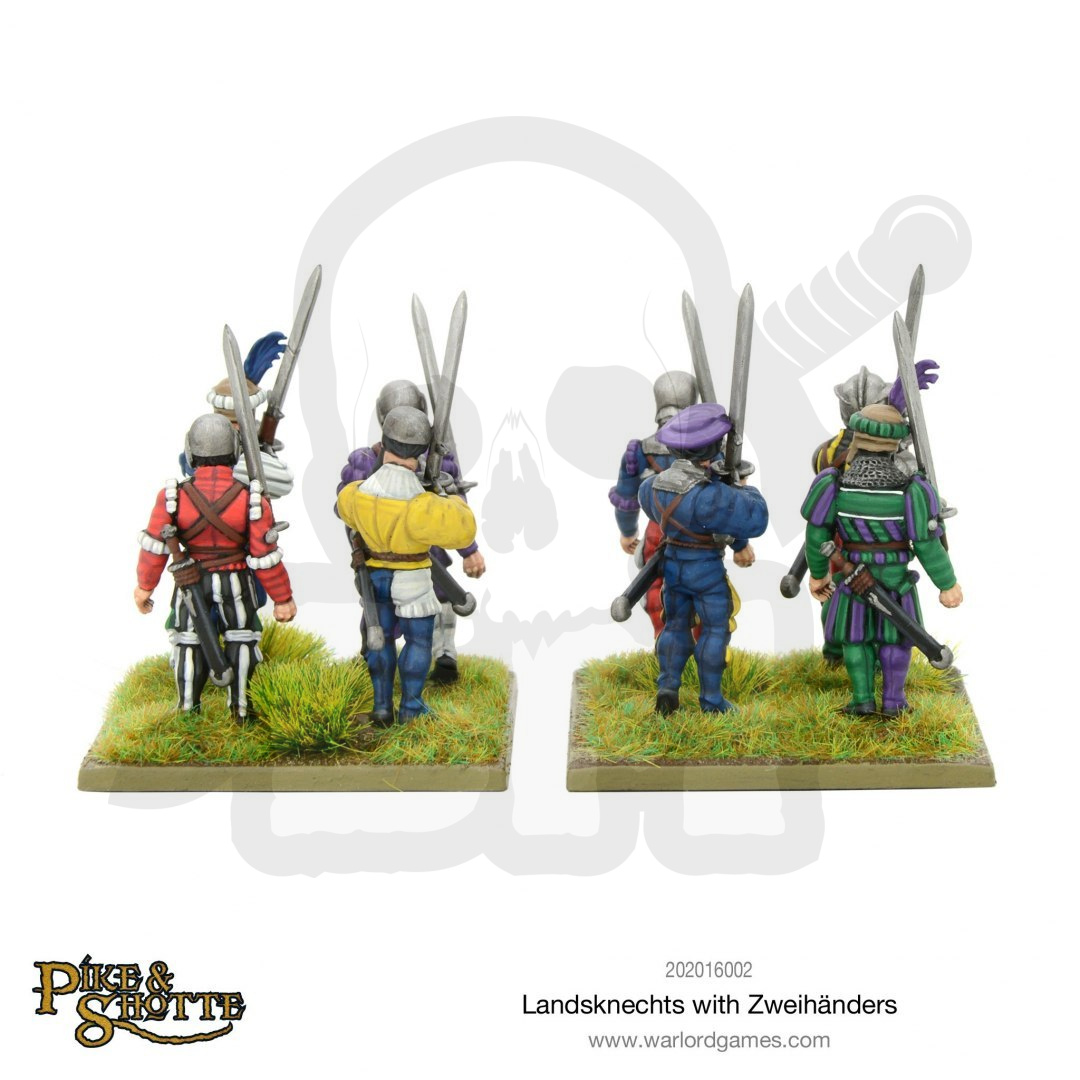 Europe in the late 15th and early 16th centuries was a place of almost constant warfare. With no organised national armies battlefields were the domain of the mercenary companies of the day – chief amongst these were the colourfully dressed Landsknechts. Landsknechts were instigated by the Holy Roman Emperor, Maximillian I, as a reaction to the Swiss mercenary pikemen that had dominated battlefields for decades before the Italian Wars (1494-1559). They would be found in most armies in Western Europe of the time, even appearing in the British Isles in the service of Henry VIII. Clashes between rival Landsknecht regiments were particularly bloody, becoming known as ‘Bad War’. The toughest of a rough bunch were the veteran Doppelsöldner – soldiers on double pay. Their extra payment was for volunteering to fight in the front ranks and the inherent risk that entailed. The trick was surviving to claim the extra pay! Doppelsöldner would most often be armed with the ranged arquebus or crossbow and arrayed in front of the main blocks of pikemen. Alternatively they may be armed with the vicious six foot long two-handed swords, the Zweihänders, or equally long halberds. Zweihänder-armed Landsknechts would generally be found in the front ranks of the pike blocks or occasionally detached to form their own unit for special roles as well as providing protection for the unit’s colour party. The famous German mercenaries, the Black Band, included 2,000 two-handed swordsmen. The figures in this boxed set can be used to represent the Landsknechts raised in Germany or other nations of the period and can be armed with either halberds or Zweihänder swords. This box set contains:     Plastic and metal components to make 24 Landsknechts with two-handed swords and halberds.     Plastic bases. Models supplied unassembled and unpainted