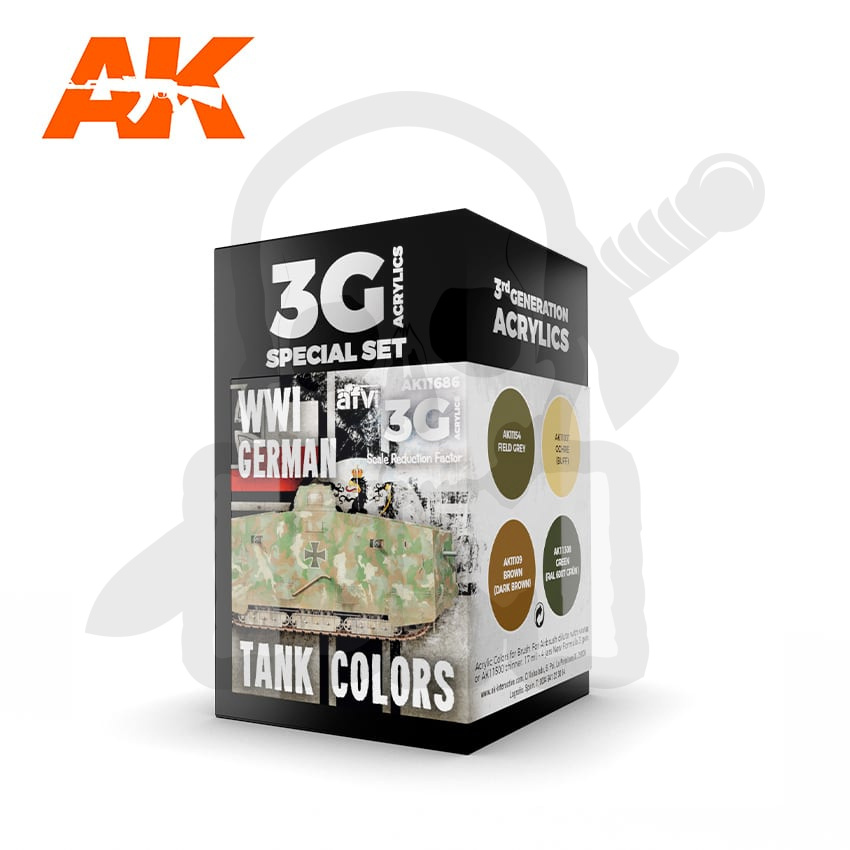 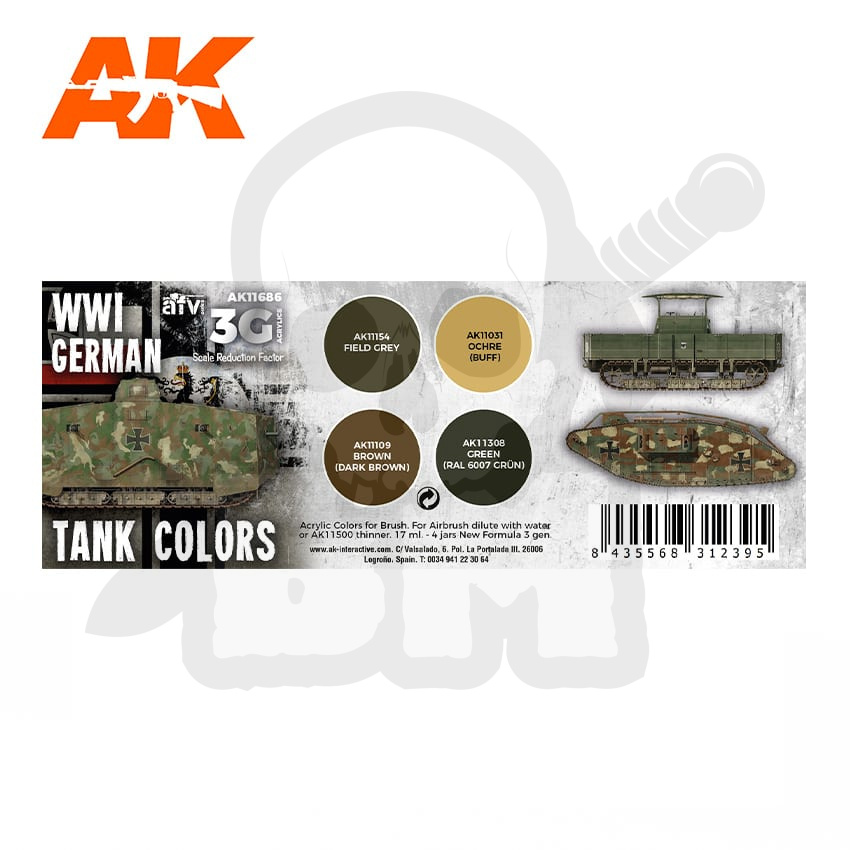 A special set of 3rd Generation acrylic paints including the four camouflage colors that were most commonly used for painting vehicles and artillery pieces of the German army during the Great War. It allows the modeler to accurately reproduce the colorful patterns seen on the German and captured equipment of the era. This set contains:     AK11154 Field Grey.     AK11031 Ochre (Buff).     AK11109 Brown (Dark Brown).     AK11308 Green (RAL 6007 Grün).