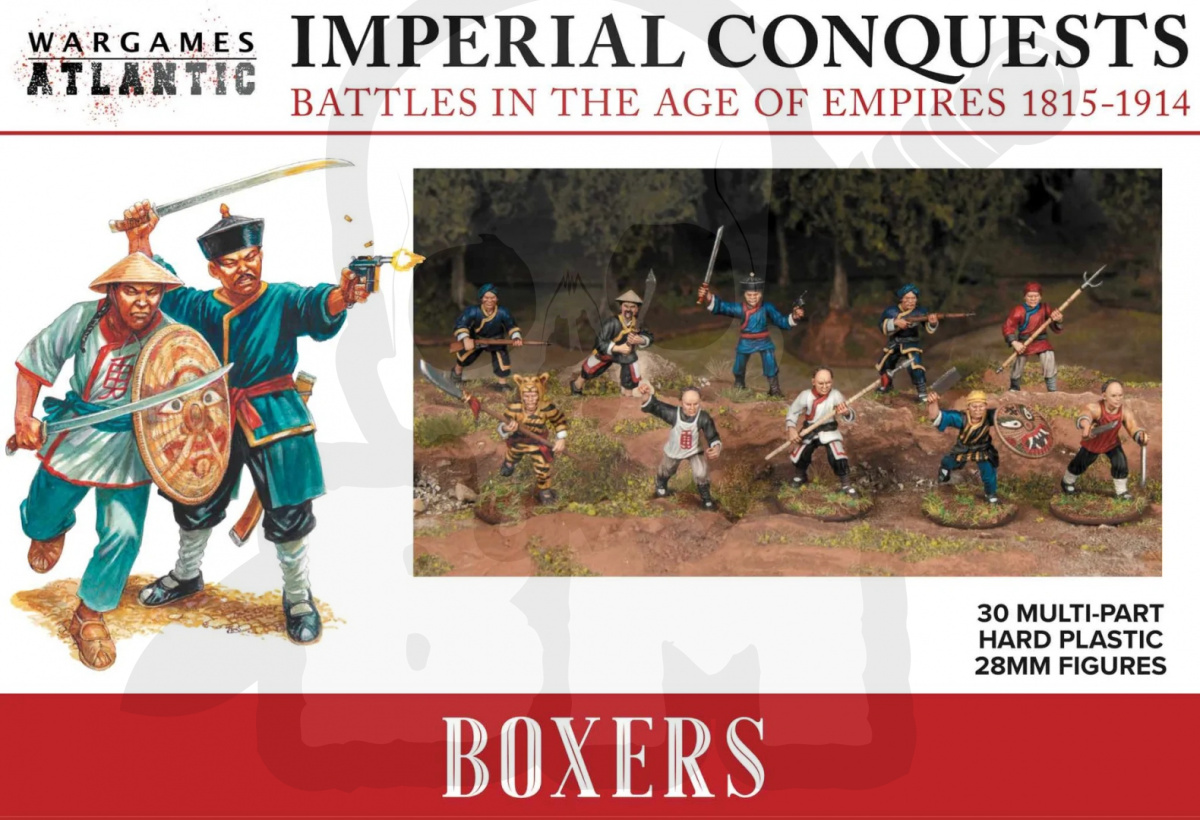 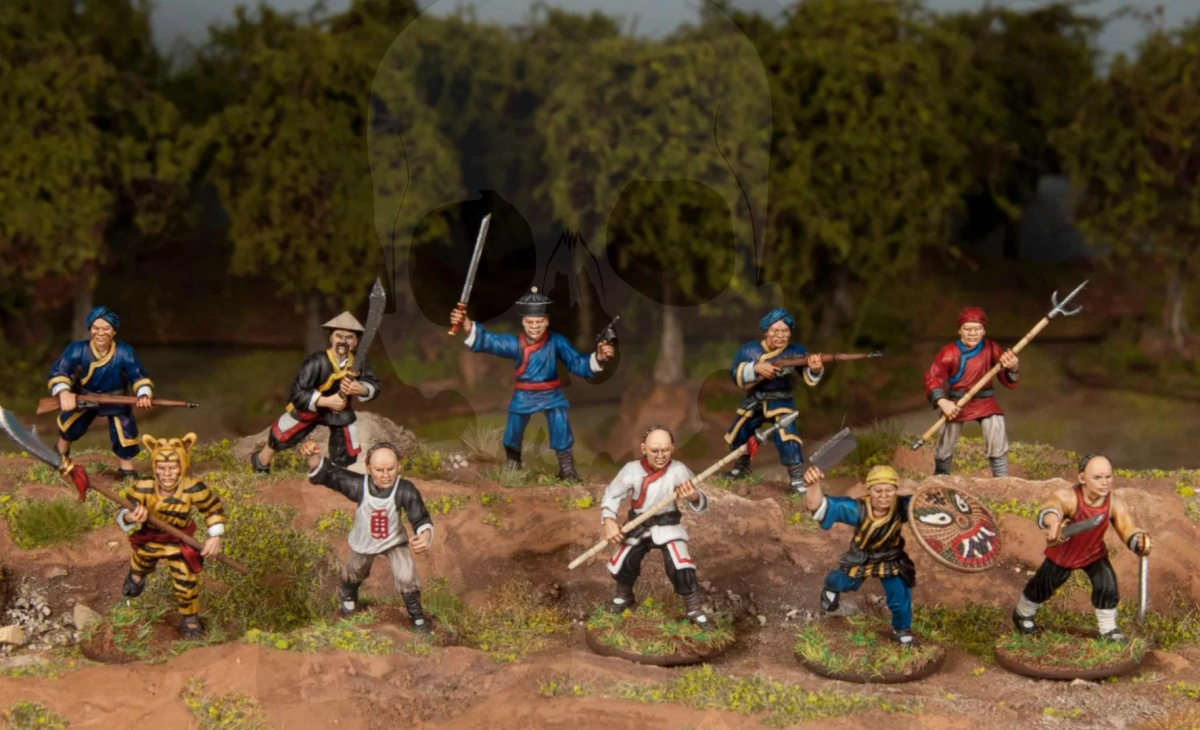 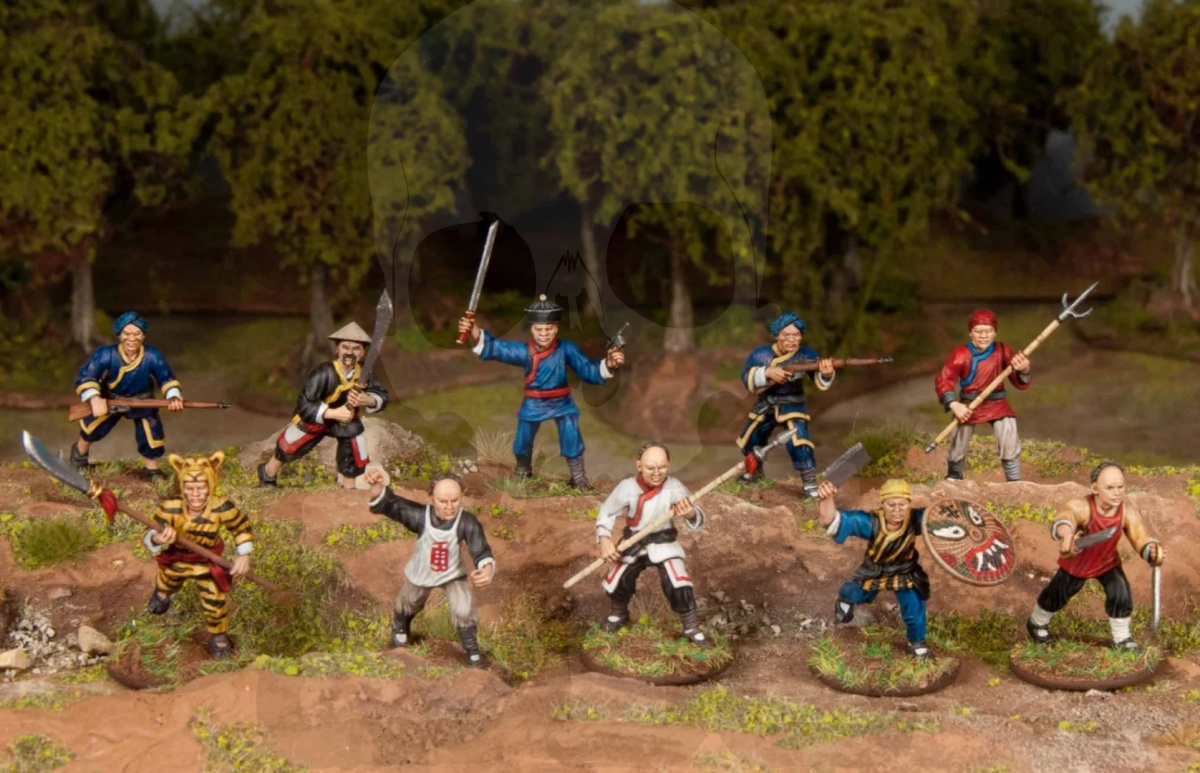 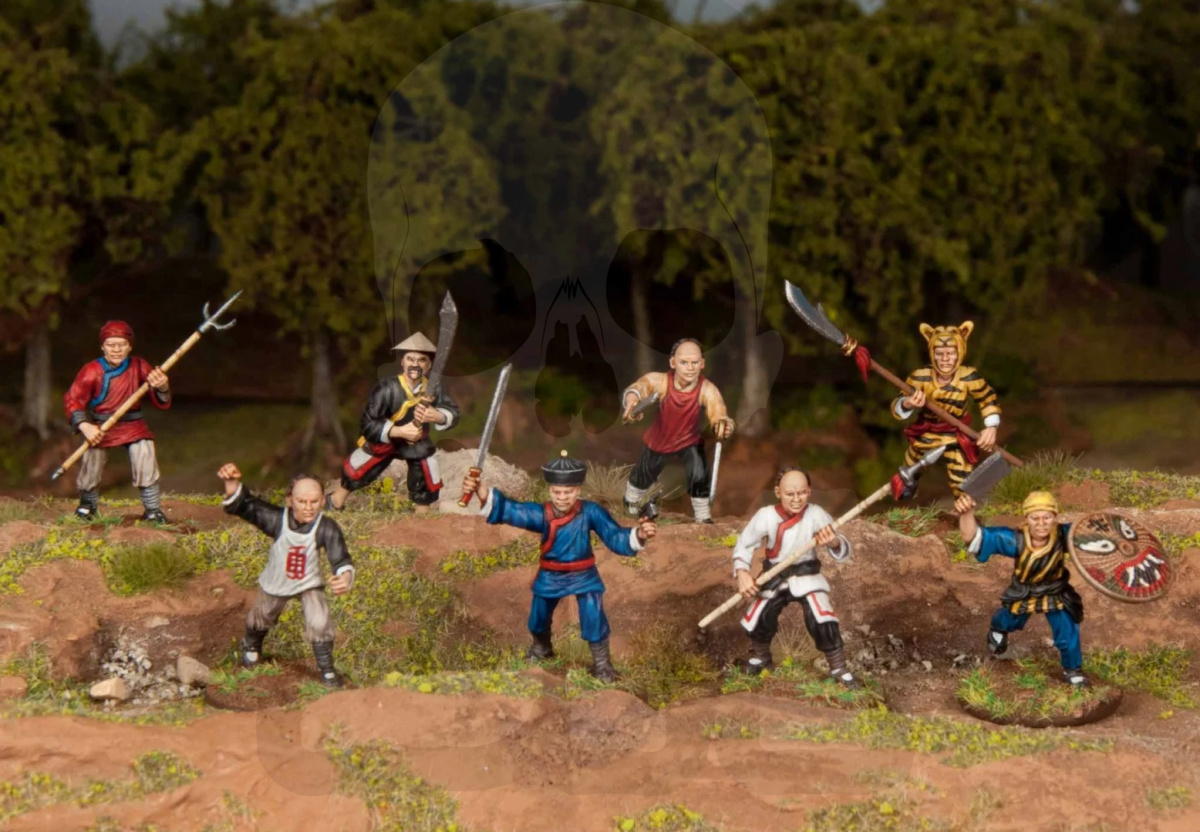 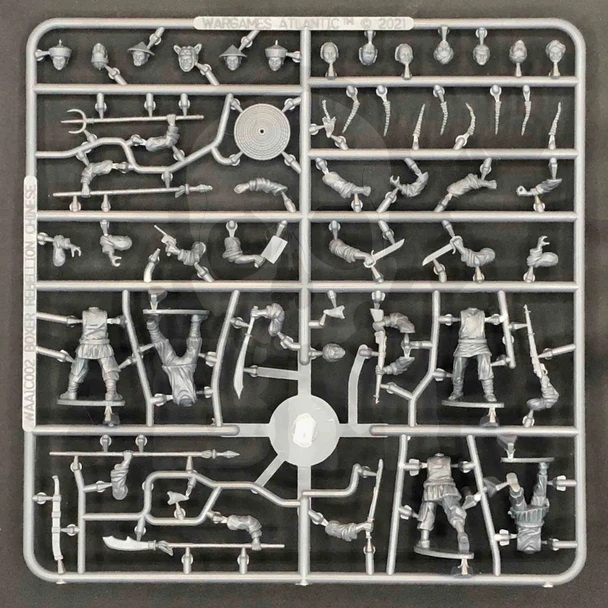 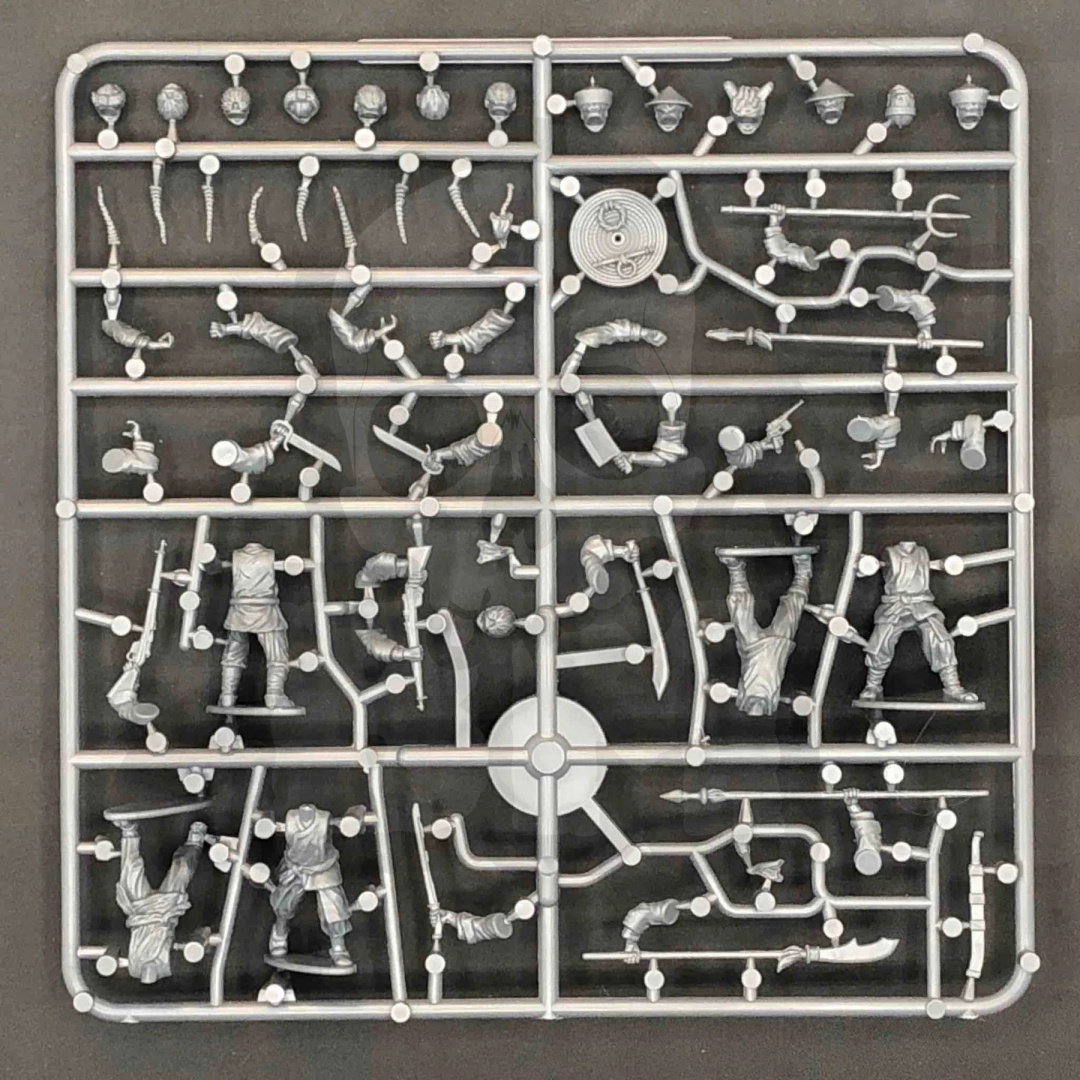 The Symbol : WAAIC002
Wargames Atlantic
152.50
couples To the virus Vault

China 1899. A populist movement secretly supported by the Empress Dowager has risen up to expel all foreigners from Chinese soil. Called the Yihequan (Fists of Harmony and Justice) but “Boxers” by foreigners because their members practiced martial arts, the group attacked both foreign residents of China and Chinese who had converted to Christianity.

The uprising culminated in the siege of Peking (Beijing) with the small forces of the foreign Legations surrounded and besieged. A relief column was quickly cobbled together by the Eight Nation Alliance made up of Britain, France, Germany, Japan, Russia, Austo-Hungary, Italy, and the United States. After brutal fighting the Legation Quarter was liberated in August 1900.

This hard plastic box set allows you to build up to 30 warriors with options to create the famed Kansu (Gansu) Braves and Tigermen. This box can also be used for other periods like the Opium Wars, the Taiping Rebellion, the First Sino-Japanese War, and into the 20th century.