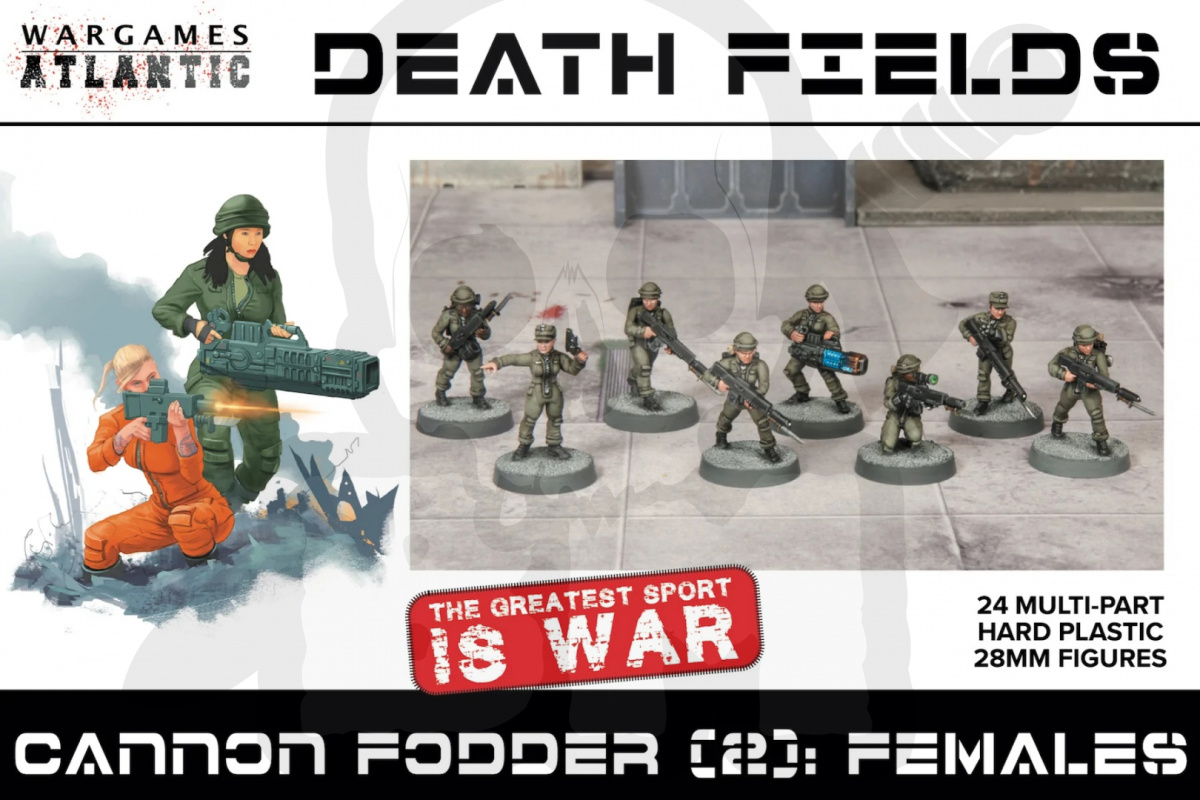 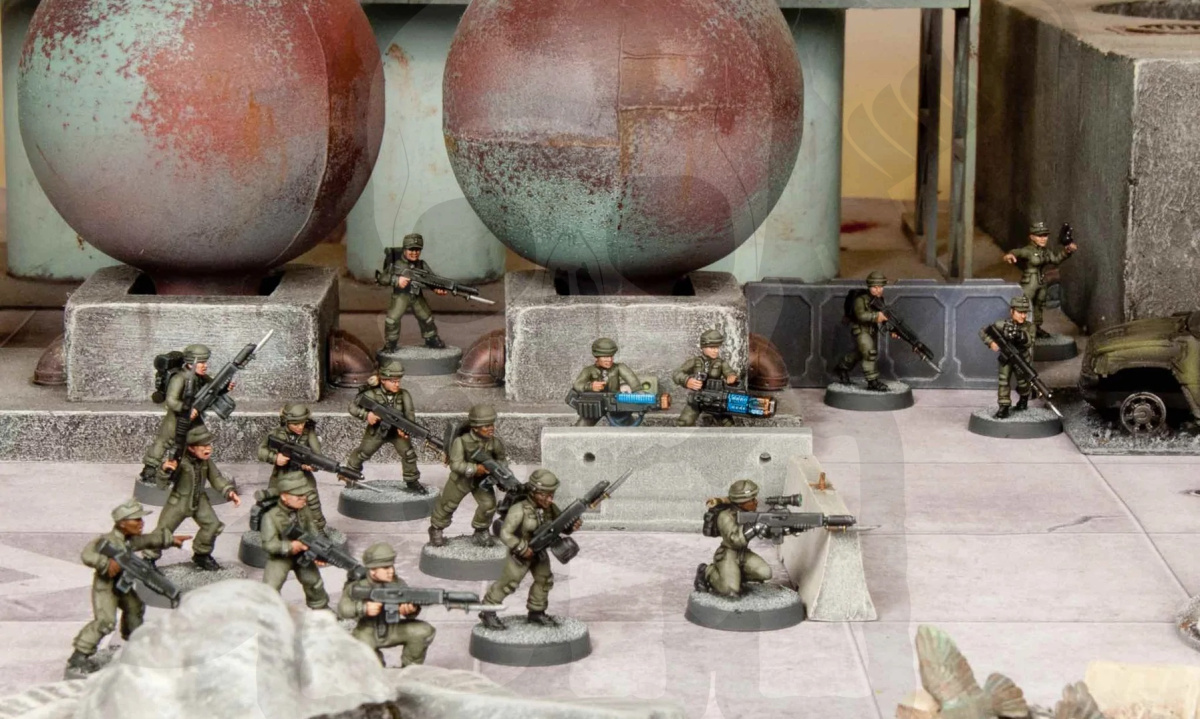 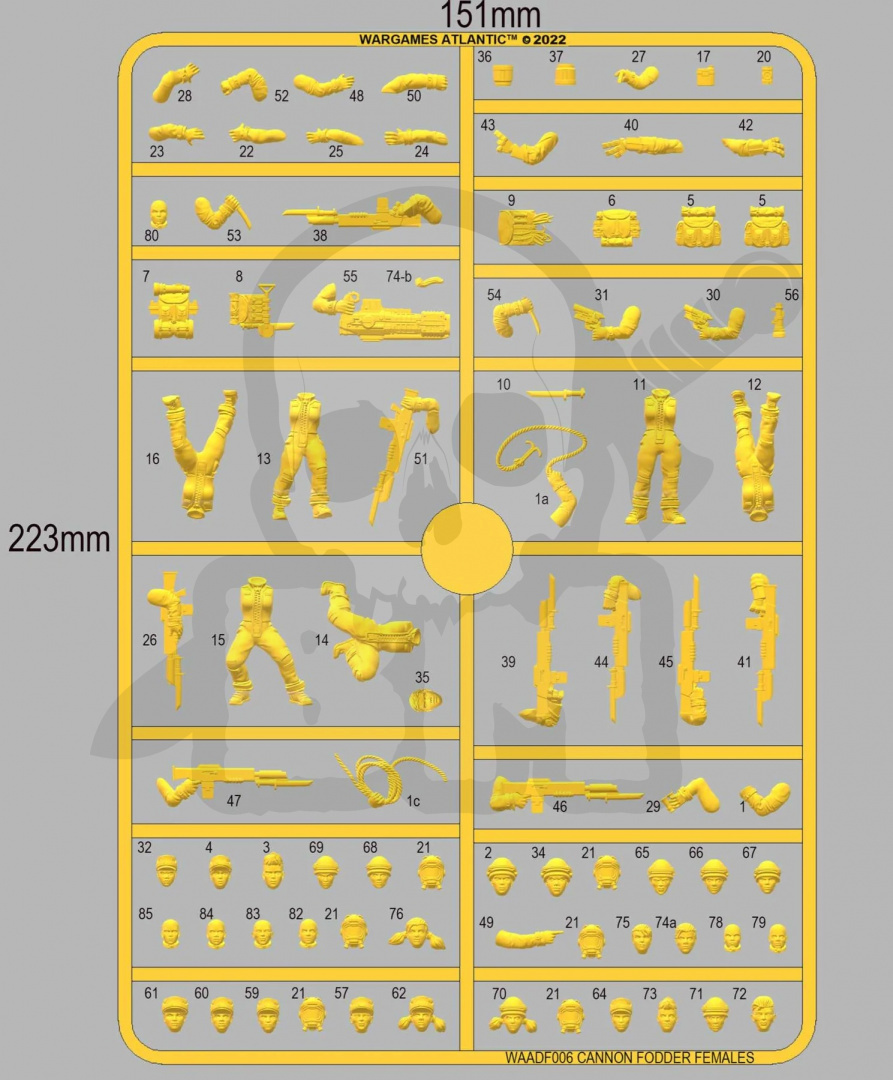 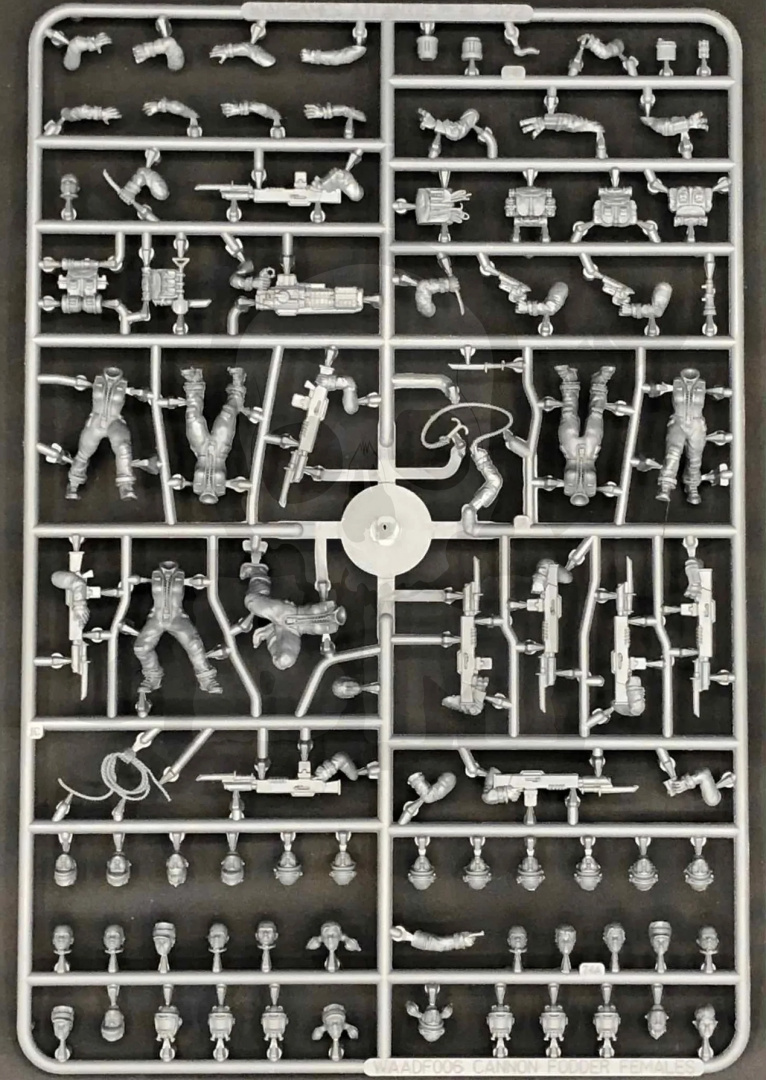 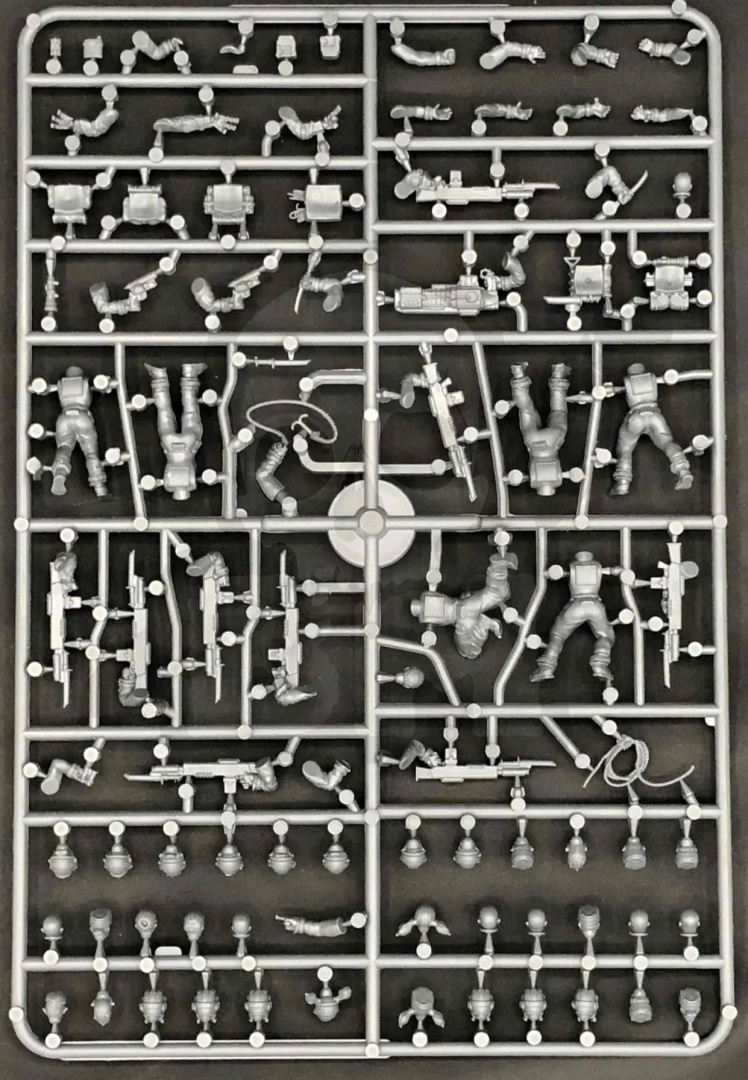 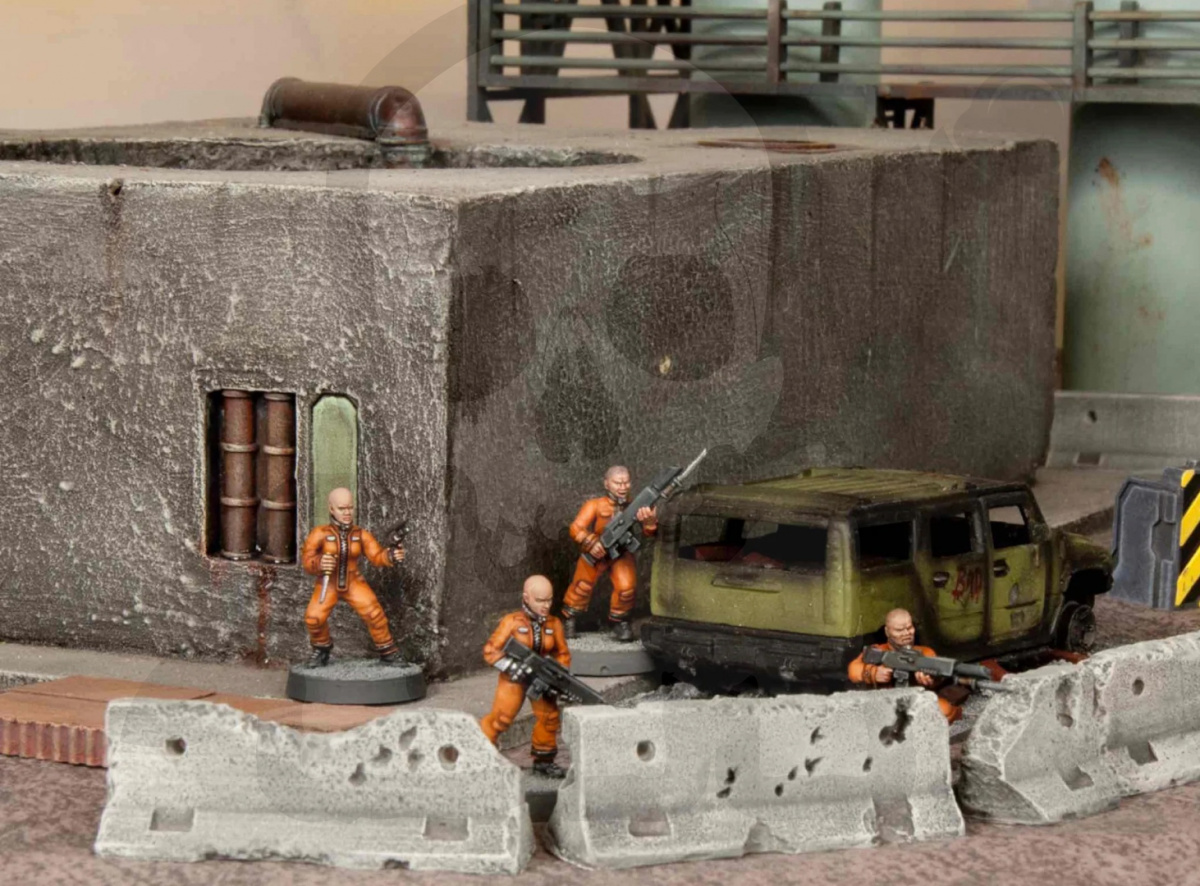 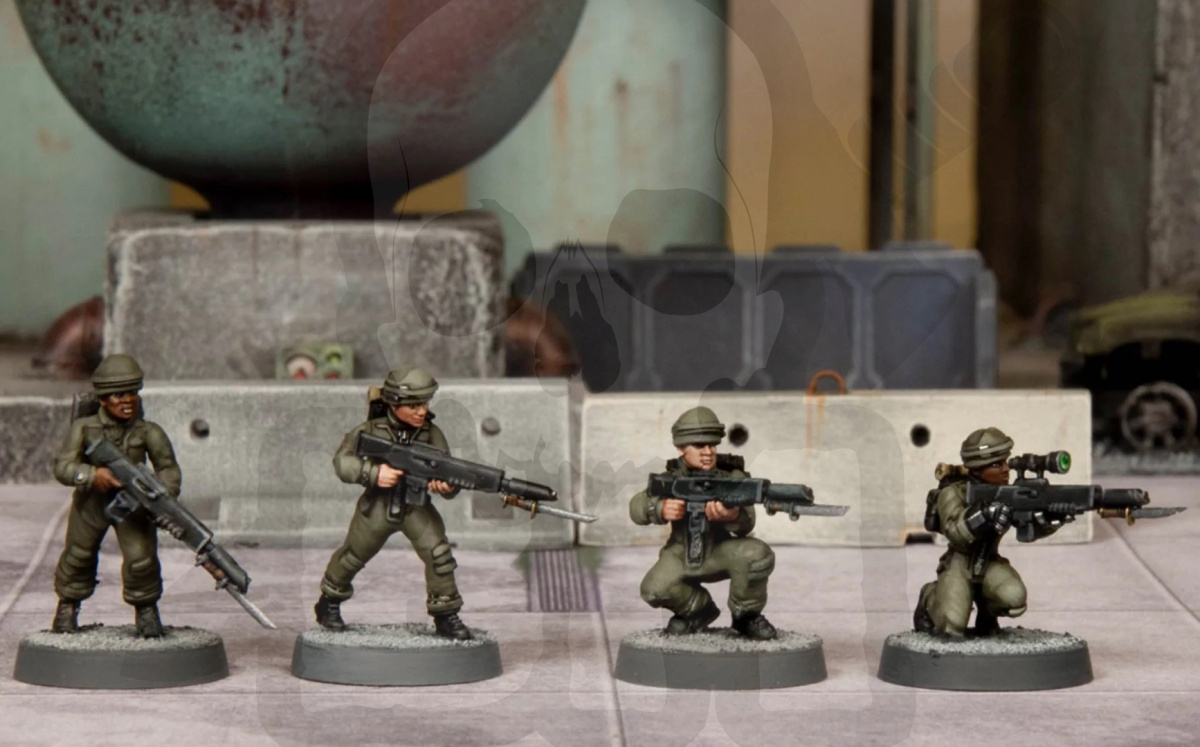 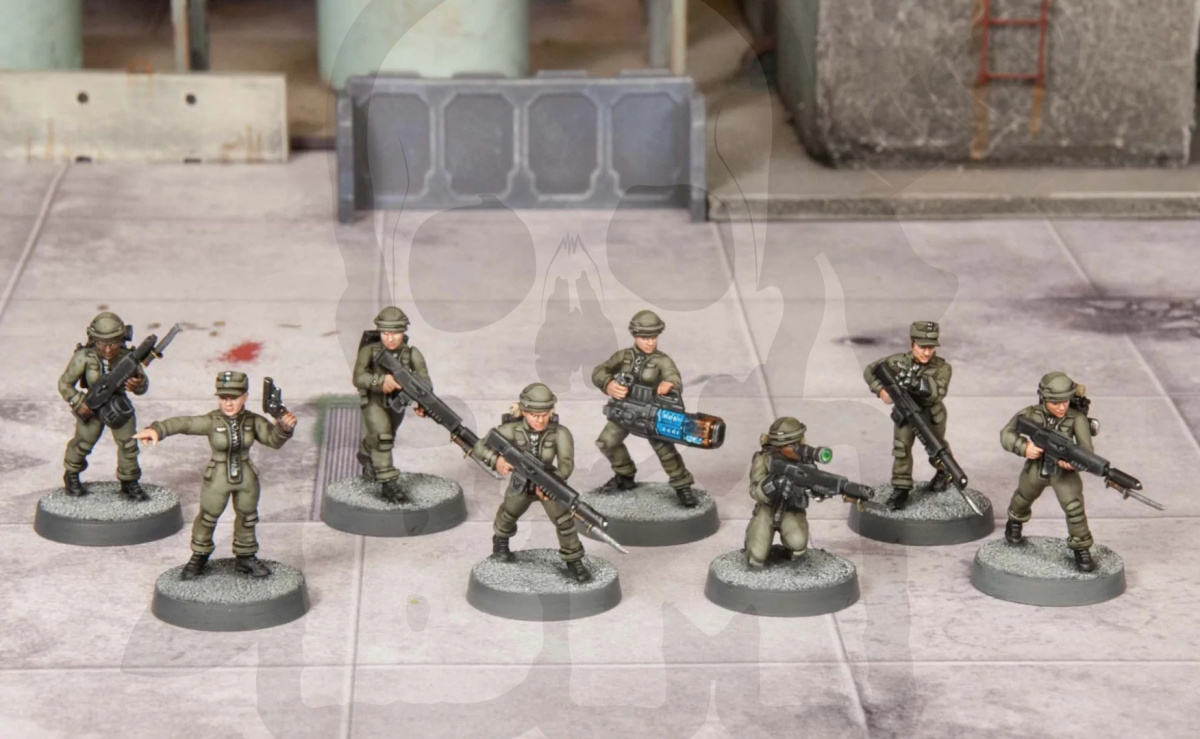 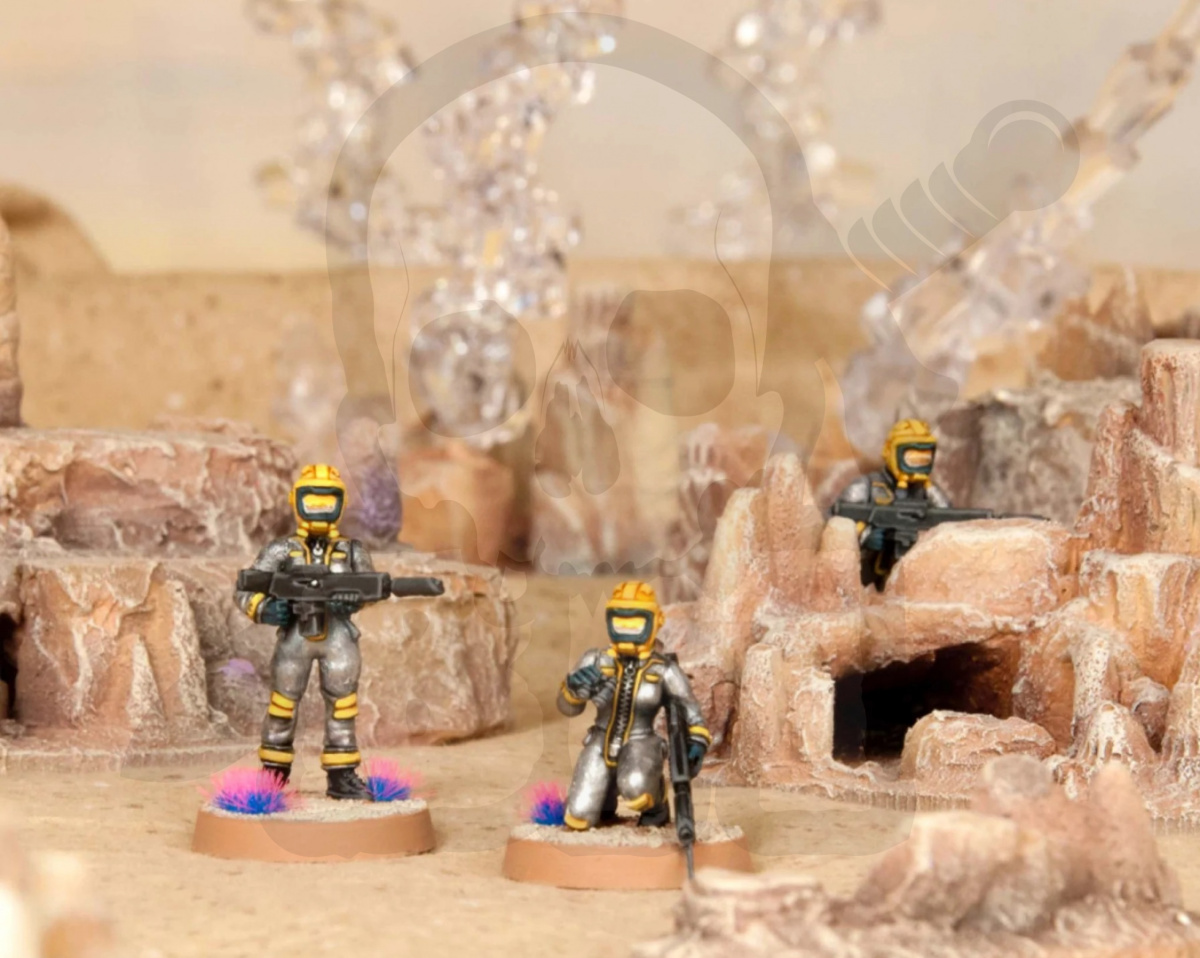 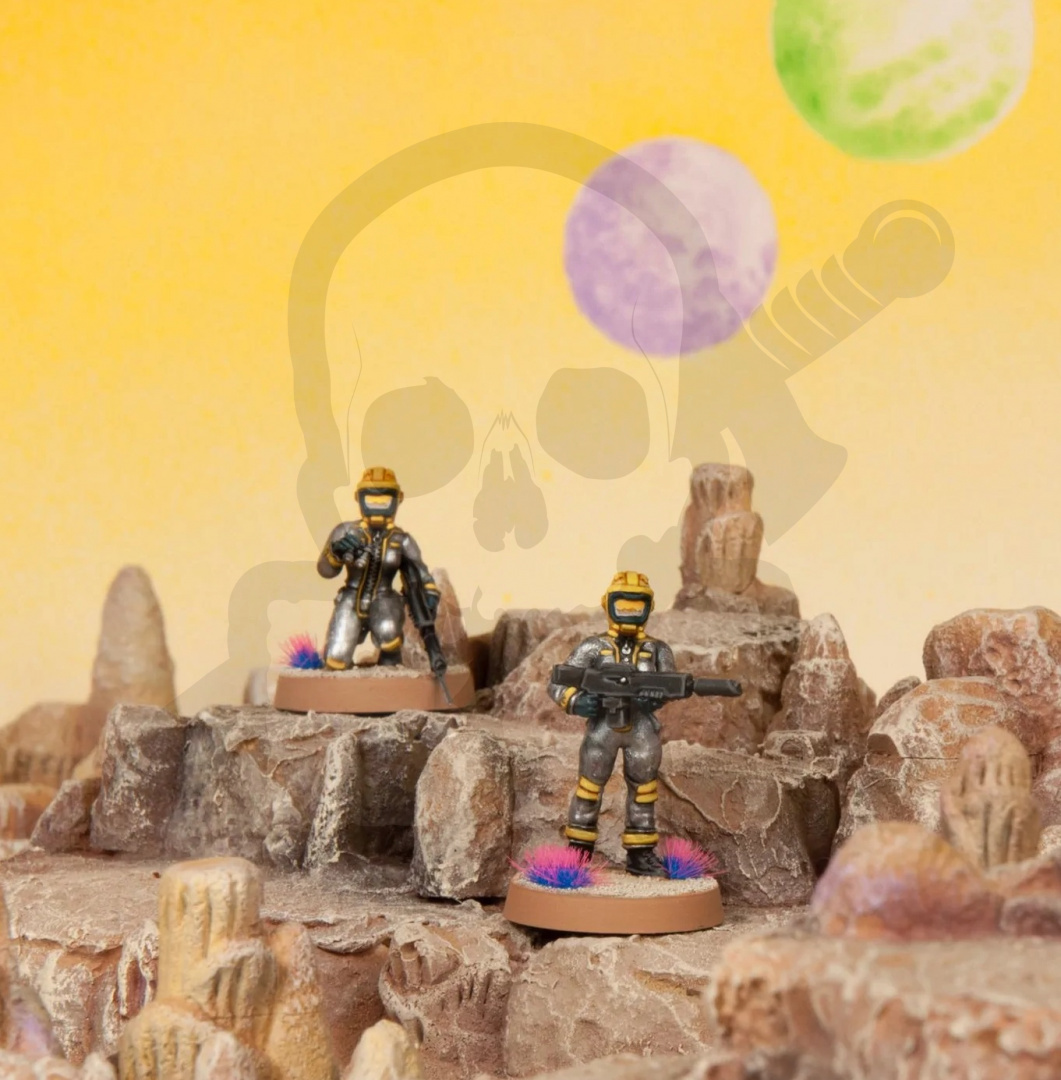 The Symbol : WAADF006
Wargames Atlantic
152.50
couples To the virus Vault

THOSE WHO ARE ABOUT TO DIE...HATE YOU.

These are the dregs of the Death Fields sport: the washouts, the mental cases, the warriors who just can't cut it or the teams whose strategy, training, or cunning have fallen behind new, younger franchises... These are also the one final chance for an owner to profit.

Cobbled together into a horde and given basic weaponry, the typical Cannon Fodder bout is an ugly display of sheer numbers thrown at a standard roster team. Defeat is an almost foregone conclusion, but not always, and audiences often root for these men, women, and beings sent to fight to a final, Real Death.

This box set includes enough parts to build 24 hard plastic troops with standard rifles and plasma weapons along with grenades, backpacks, and other accessories to customize your force. Five different head types allow for very different looks for your team. Alternatively you can use them for planetary or near future militia, escaped prisoners, starship crew, and more. Mix and match arms with WAADF005 for even more options!

Models require assembly and painting. Bases are not included. Product contents may vary from photos.