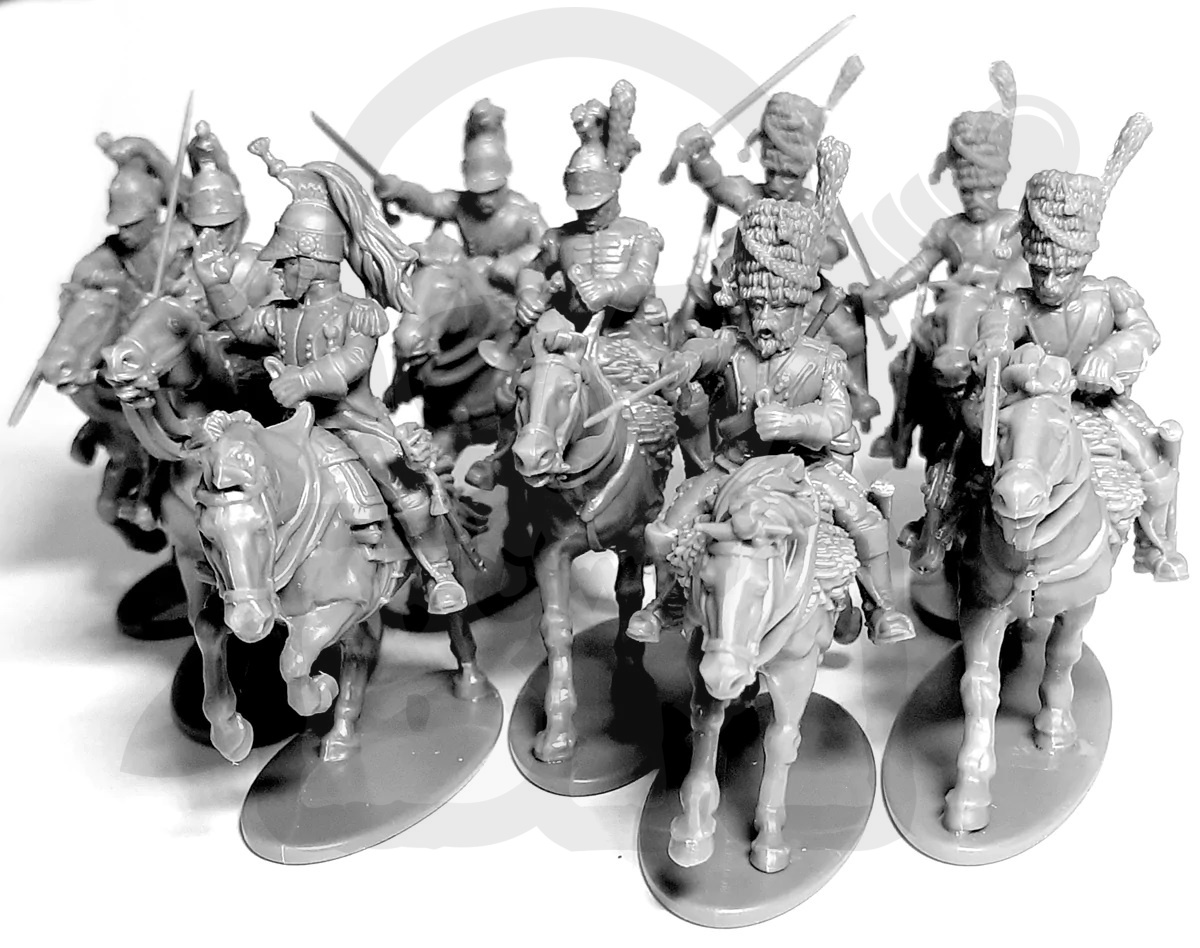 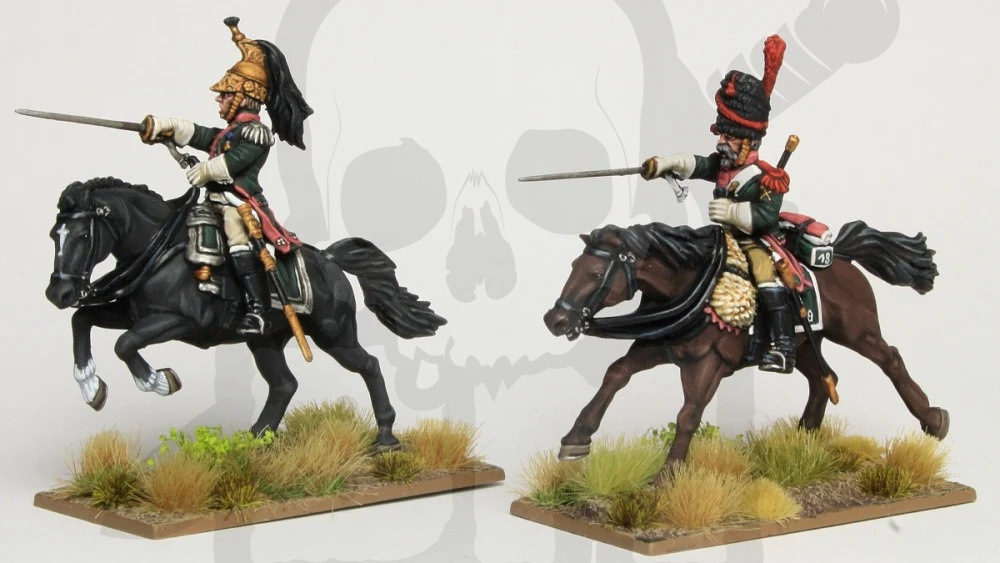 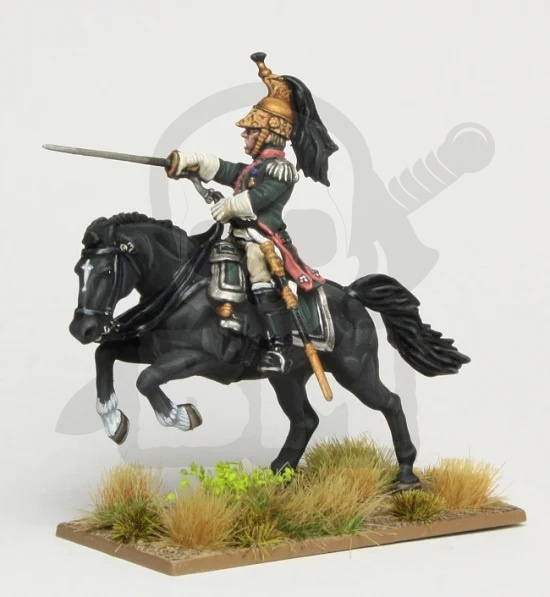 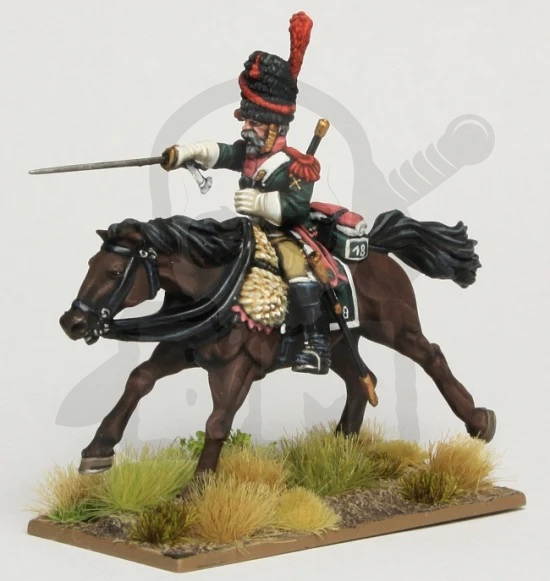 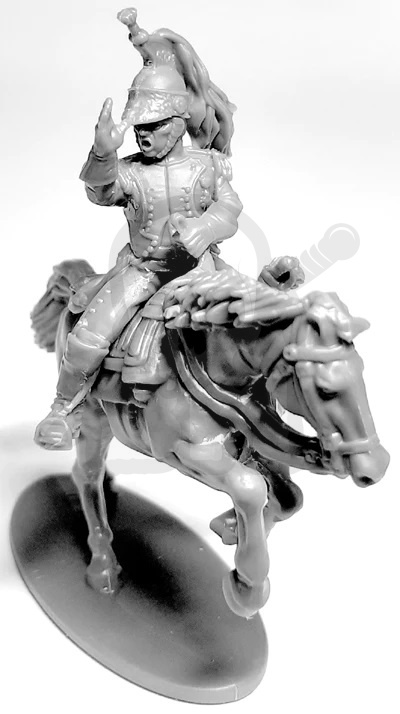 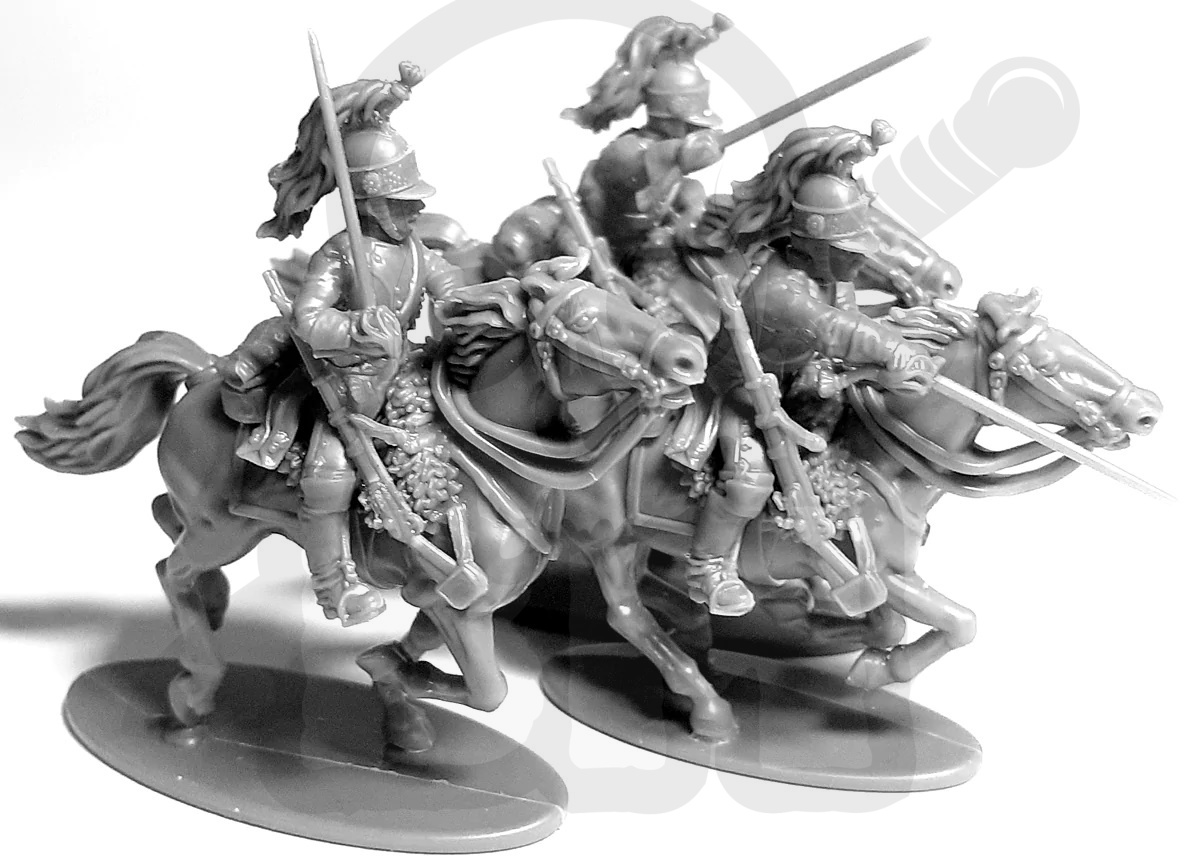 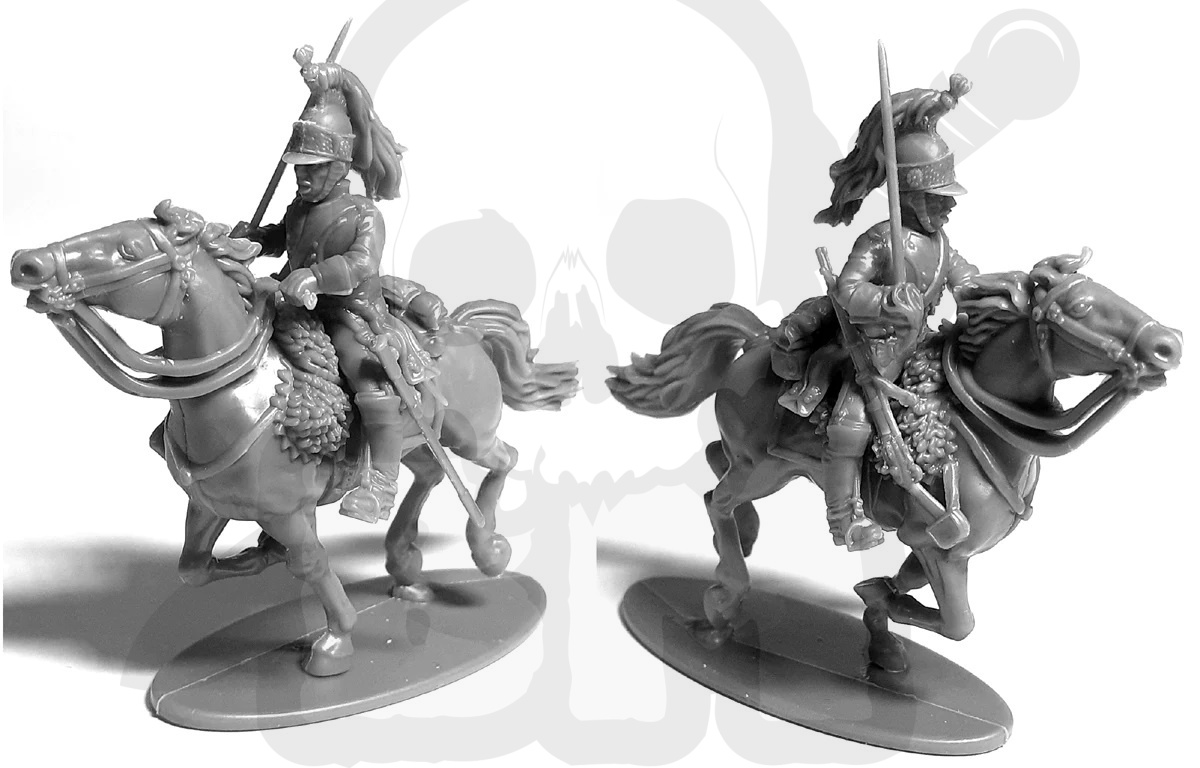 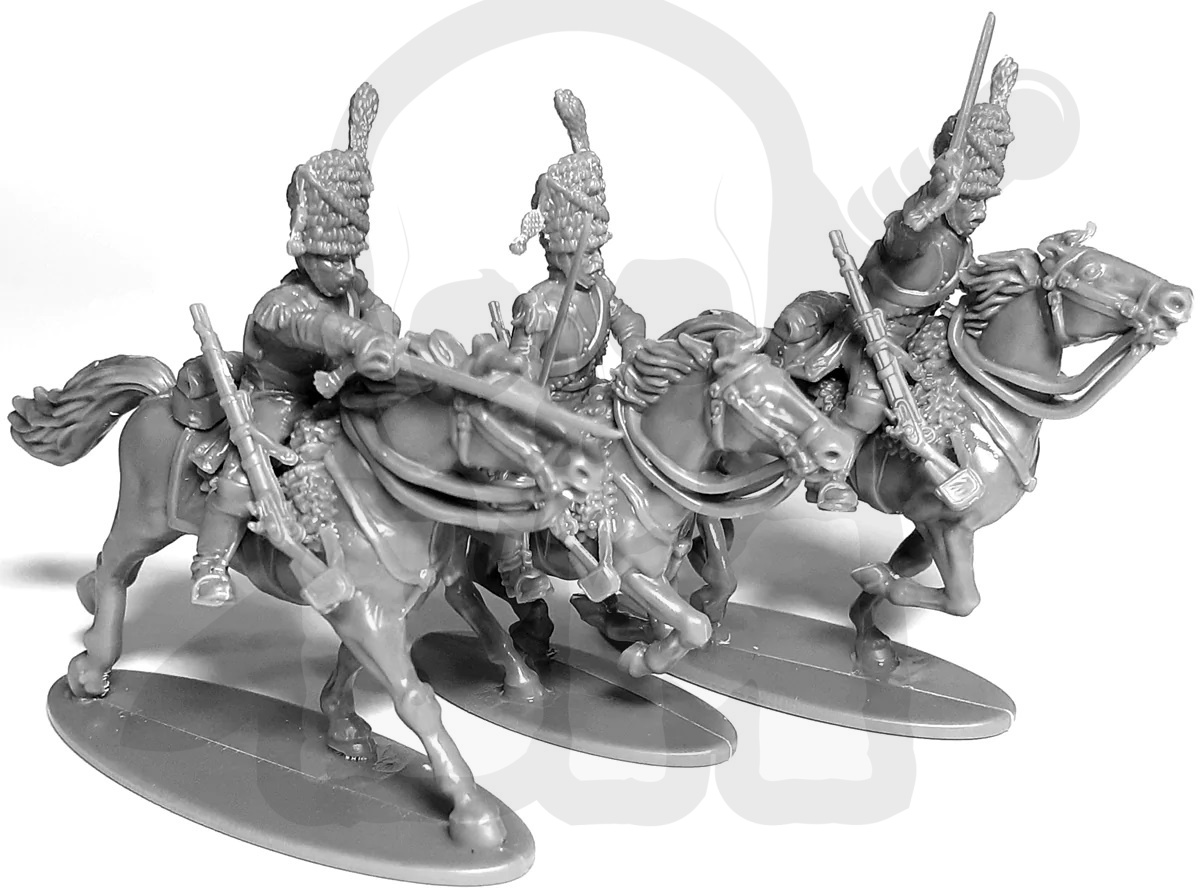 The French Dragoons are a truly dynamic set which convey the ferocity of cavalry going into action, waving or levelling their sabres for the charge.

These Dragoons have been done in the pre-Bardin regulation uniform which has the long tailed coat. This was supposed to have been replaced by the short tailed jacket in 1812 but many continued to wear the long tails well into 1813. These miniatures can easily be used for the invasion of Russia in 1812 and the battle of Leipzig in 1813.

Dragoon regiments had Elite companies which were distinguished by fringed epaulettes and quite often bearskin headdress.

Whats in the box?

12 x Figures (including an officer, musician and sapper)