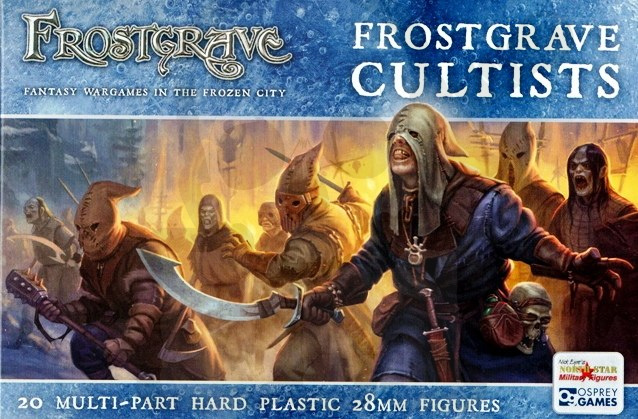 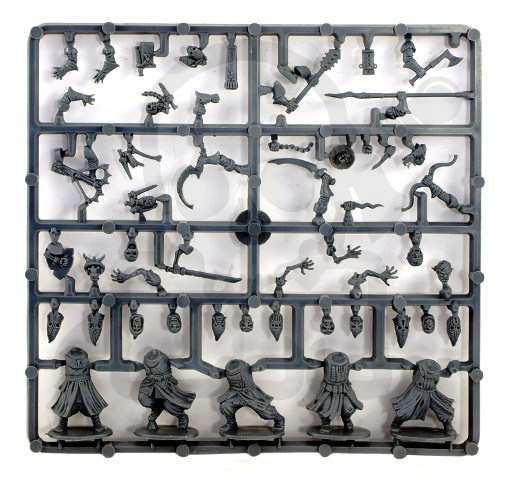 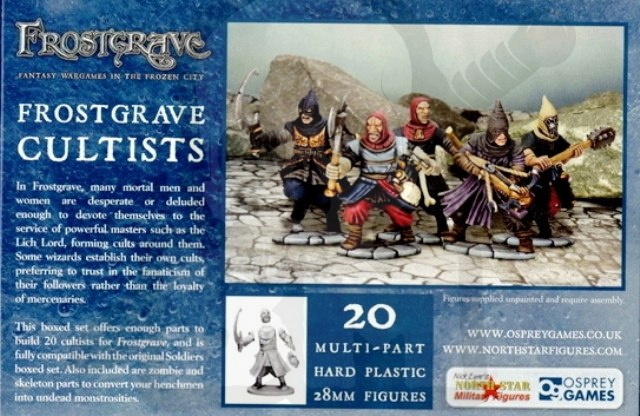 The Symbol : FGVP02
Frostgrave
109.00
couples To the virus Vault

Death cultists are mortal men and women who have sworn their service to an undead master, usually in the hope of achieving some form of immortality. They normally come from the lowest rung of society and have few useful skills and little combat training. What they lack in ability, however, they make up for in fanaticism and fearlessness in the face of death. When sent out by their masters, death cultists generally conceal their identities behind masks and hoods, but proclaim their allegiances by adorning themselves with bones, chains and other symbols of death. The Frostgrave Cultists box set contains enough parts to make 20 different figures. There are multiple heads, arms, weapons and accoutrements per frame, no two warbands will ever be the same. Cultists feature in Thaw of the Lich Lord as opponents in the scenarios and as random encounters. They should also be used as the soldiers for Warbands of evil wizards, especially ones who've embraced Lichdom. The Cultists have been designed to compliment the Frostgrave Soldiers plastic box set. By that we mean the arms, heads and equipment are interchangeable, giving you even MORE choice to built a unique and personal Warband. And as an extra bonus, the Cultist plastic frame includes heads and arms to convert your Soldiers or Cultists into skeletons and Zombies. True Frostgrave Undead! Perfect to represent your 'risen from the dead' ex-soldiers. The plastic figures are 28mm sized, supplied unpainted and require assembly with glue. We recommend you use glue designed for plastic to get the best results.