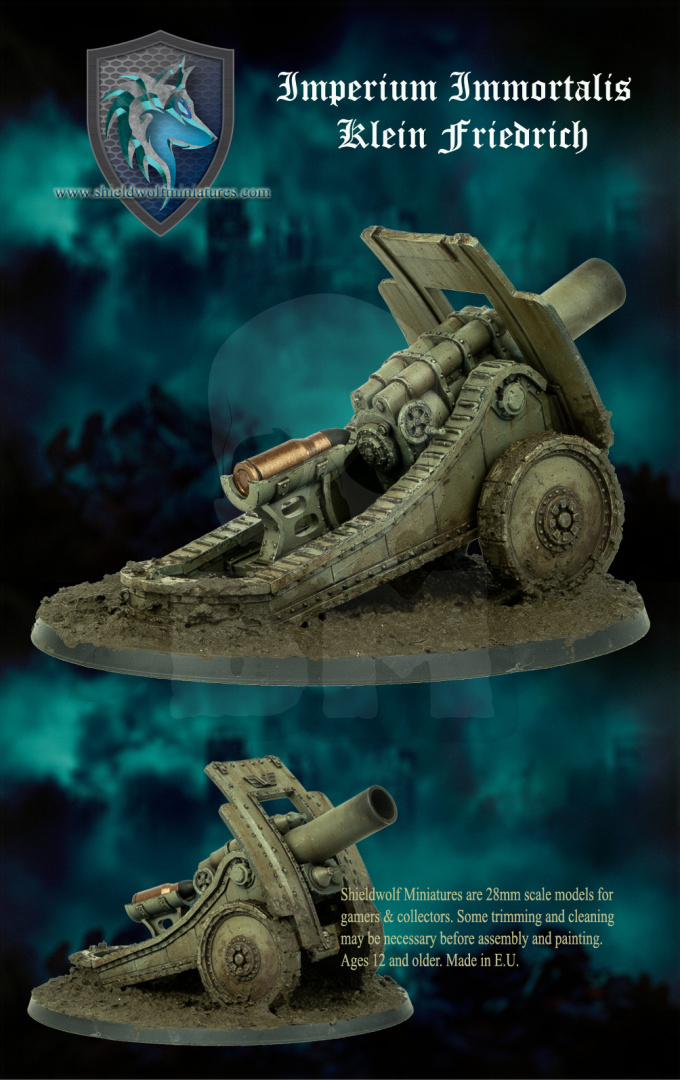 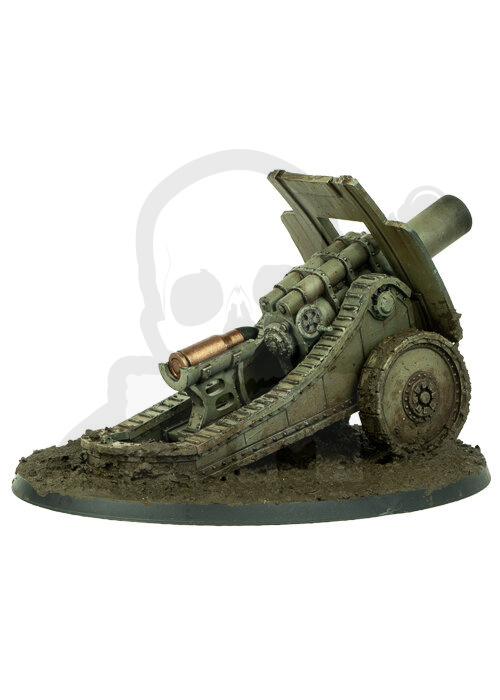 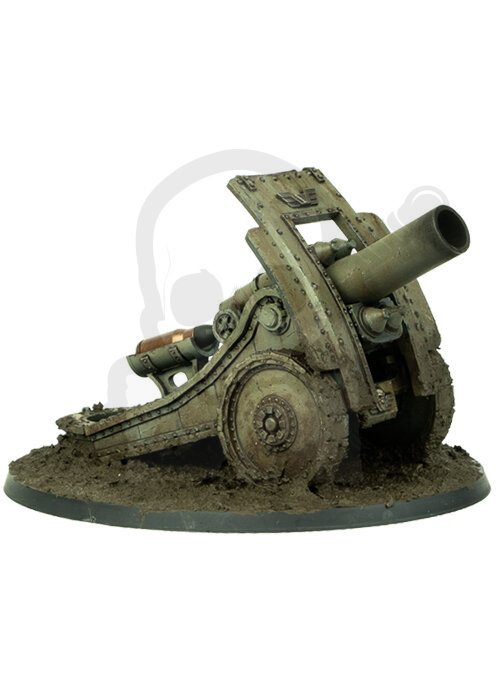 The Symbol : SHDIMI-22
Shieldwolf Miniatures
192.50
opak To the virus Vault

This product consists of one Imperium Immortalis Klein Friedrich high quality polyurethane resin model. These huge cannons are the the second largest threat after the Schwerer Friedrich that the Imperium can field and easier to move around the lines when deadlier firepower is requested elsewhere. The model come supplied with a 120mm round base. This product comes supplied unpainted and requires assembly (glue&paint not included). Pictures are for demonstration purposes only.

The Imperium Immortalis holds fast for the glory of the Imperium on the far stretched and more desolate lands where the borders meet ever expanding enemies.

The battle-hardened troops are accustomed to warfare and trenchwar. Muddy encampments and month long sieges are the norm. As long as their courage doesn't fail them and they keep firm hold of their lines, the Shieldwolf Imperium is safe!